There is an article up at The Spittoon about identity by guest poster, Tariq, entitled “Is Ashley Cole British”, on the nature of English and British identity. This is a huge topic, and one which no short blog post can cover adequately, and I expect that the discussion that follows this post will contain the most interesting ideas.

Having listened to the two young ignoramuses put forward by the BNP to represent them on BBC’s Radio 1 last week, I began to think of a debate I had with some of my friends a few years ago.

You see, all my life up until then I had never considered myself British, I had always seen myself as English. My argument was that since I was born in England, spoke English as a first language and displayed a culture that was distinctively English, and different when compared to a Scottish, Welsh or Irish identity, I had a right to identify myself as English.  This right should be extended to my children, my children’s children, and so on regardless of the fact that my parents were born in Zanzibar.

For my two white friends, however, this assertion caused problems.  In the most amicable of terms they explained to me that, whilst they understood that I was a “British national”, the fact that I was both black and a Muslim meant that they believed that I was not even ‘ethnically British’, let alone ‘English’.  “You wouldn’t call a Chinese person living in Africa African would you?”, one of them said, and it did make me think.

Now I know my friends are not racists, the worst that can be said of them is that, at times, they go too far in trying not to offend my racial sensitivities!

So you can imagine my surprise listening to the BNP activists on the radio the other day, as I realised that my friends actually shared identical opinions with “Joey”, who we now know is Joseph Barber, the pleasant chap who runs the BNP’s record label ‘Great White Records’, and is apparently its “leading artist”, for anyone who dares to listen!

You see, “Joey” also agrees that I am only “Civic-ly British”, and any suggestion that I am British or English is an attempt at “denying (his) heritage” for “it would be an awfully long time before someone”, like me, could become “ethnically British”, (whatever that actually means).

The discussion that follows contains a number of worth-reading contributions, including this from Dave Rich:

I think if you flip the question around then the confusion becomes a bit clearer.

We are all familiar with the concept of ethnic minorities, and the idea that people cannot ‘convert’ from one ethnicity to another. So what is the ethnicity of the majority of white people in this country, into which they are born and which others cannot simply become by choice? What is this ethnicity called? If it is “British”, or “English”, then it automatically excludes other ethnic minorities from these civic and national identities. If there is another name for it that is in common usage, then I haven’t heard it.

I don’t blame people from the white majority for wanting an ethnicity of their own: it is a logical consequence of multiculturalism. Maybe American-style hyphenated identities are the answer.

There’s also this from Faisal:

It is correct to say that one cannot be ethnically English even if one were born in England, just as someone isn’t ethnically Kuwaiti if they were born in Kuwait. But it is possible to be “English” or “British” by adoption of values, tastes and behaviour and these discussions are definitely worth exploring. And it is this inclusivity which makes Great Britain great, in my opinion.

But that isn’t what the BNP are prepared to do. They have no intention of granting anyone who is not *racially* white the idea that they can be British no matter how British they may be in every other sense.

If one is born in England and grows up in England, then one is English and also British, as England is an integral part of Great Britain.

To be honest, I’m closest to Anaximanders.

We are not aware of our genes. We may be aware of some manifestations of parts of our genetic code – skin colour, eye shape, and so on – that presently have particular cultural significance, in this society, at this precise moment. But these are, relatively speaking, trivial markers of our “genetic identity”.

Contrary to Faisal, I think that “ethnicity” is something which individuals, and indeed people, can and do acquire. Here is a key example.

This is an Arab – King Abdullah of Saudi Arabia: 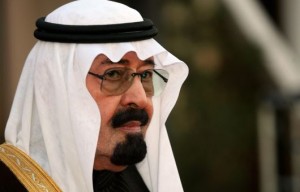 This is also an Arab – Sudan’s President Omar al-Bashir: 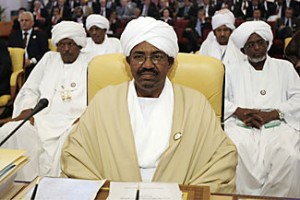 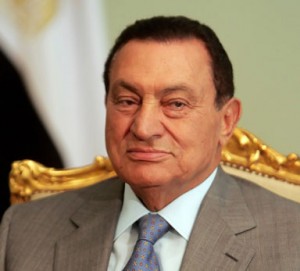 Now, there has clearly been some degree of intermarriage between the vari0us peoples of the Middle East: but clearly not a homogenisation. The self description “Arab”, however, is a political one: premised not only on language and culture, but as a conscious choice to be regarded as part of the great Arab family of nations, rather than as anything else. Egypt defines itself as an “Arab republic”. Al Bashir similarly designates himself an Arab. However, al Bashir might just as easily define himself as a black African and Mubarak as an Egyptian: for most of history, a distinct identity.

For all that, it is a little eccentric to insist that only King Abdullah is the “genuine” Arab.

At the individual level, we grow into our national identities in a similar way. Those identities are composed not simply of ” values, tastes and behaviour “. In a thousand little ways, they  permeate the way that we present ourselves and appear to our fellows.

A year or so ago, the BBC ran a news item about a test in which photographs of Americans and Australians – two great immigrant nations – were shown to a series of individuals. With surprisingly high accuracy, people could distinguish the Australians from the Americans. That might sound surprising, but it shouldn’t be. The languages that bind cultures together are not simply verbal. They unify us, even at the level of facial expression. That is why I identify my Italian-Australian and Chinese-Australian colleagues as Australian, first and foremost. That’s how they think of themselves, and that’s what they look like to me.

Englishness and Britishness are, perhaps, slightly more difficult ‘ethnicities’ to adopt. First, there is a tendency to think of “Britishness” as the catch all category for those living in the British Isles, with “Englishness” as a subset of that identity, premised primarily on descent. But that needn’t be so. England has a series of  local identities – Scouser, Essex boy, Yorkshireman – which are both very distinct and acquired by osmosis. Talk to the kids of friends who have moved from London to any other part of England, and you’ll see what I mean. “Genetic Ethnicity” is only a small – and not a determinative – part of that identity. Think Craig Charles.

Secondly, as Dave Rich observes, “Englishness” has emerged as a distinct – and white – “ethnic” identity as a “logical consequence of multiculturalism”, as those who can’t define as belonging to a minority group seek an identity of their own. Similarly, as Tariq notes, some white English people will sometimes exclude non-white people from the definition of Englishness.

There are other factors at work here. Egyptians started to define as Arabs, because they regarded it as a cultural identity that was to be envied and prized. Similarly, the recent history of Great Britain is filled with people who simply “became” British:

This is Ali Kemal Bey, Boris Johnson’s great grandfather. His grandfather was Osman Bey, but changed his name to Wilfred Johnson. Jewish family histories are filled with similar stories.

Certainly, immigrants and their children may seek to blend in to escape persecution. However, most people who come to Great Britain do so because they passionately want to become part of this country, its history and its culture. That is the default position. It honestly surprises most people who have made Britain their home to hear this country’s failings emphasised and its achievements overlooked. After all, if you come from a country which is politically or socially repressive or a failed state, it is easy to see why people regard it as an honour and a privilege to be English and British.

There is a historical narrative about Britain which emphasises – for example – Britain’s role in the slave trade over Britain’s role in stamping out the slave trade. The abuses that took place at the height of  Britain’s imperial period are stressed while this country’s strong and proud democratic traditions are played down. Unsurprisingly, and as a result, some people seek to create an identity for themselves which allows them to dodge the ‘blame’ attached to their cultural identity. Accordingly, and despite the prominent role played by Scots in Britain’s colonial history, and notwithstanding the connection between the loss of Scottish autonomy and the failure of the Darian Scheme, Scottish nationalism likes to present itself as a victim identity – brave hearts struggling against English imperialism. This is nonsense. Yet it is a seductive nonsense.

Englishness, and Britishness is a cultural and ethnic identity which is open to anybody. You can choose it. Certainly, some people  will attempt deny that identity to you. But there are many more who won’t. As a species, we all like to feel that we “belong”, and that there are bonds of affection and experience that bind us together. We are made uncomfortable by sectarianism.

I believe that no challenge to racist politics will succeed unless it recognises the fact that most people in this country – irrespective of how recently their families arrived on these shores – are glad to be English, Scottish, Irish, Welsh and British. We should never conspire with the BNP to deny a national identity, on any level, to any person who embraces Britain as their home.