You are a well known TV pundit and journalist.

Just before Christmas, you are scheduled to take a trip to Glasgow. Somebody books your plane tickets for you. Mistakenly, they book you on a flight to Edinburgh.  You turn up at the airport with tickets purchased on a credit card that is not yours, confused as to where you are supposed to be travelling.

As a result,  “plain clothed men” question you “for a very long time” . They do not tell you who they are. You feel “completely helpless and completely petrified”.

In fact, you find the experience so frightening that you urinate in your own underpants. 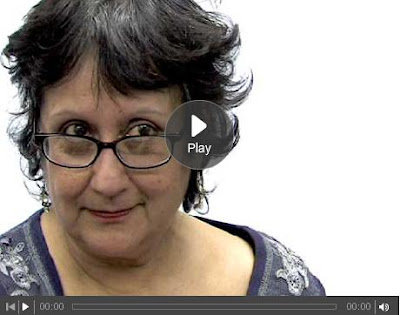 I find Yasmin Alibhai-Brown’s story remarkable in many ways.

The police should most certainly stop and question travellers whose circumstances of travel raise the possibility that they might be terrorists. For example, the check in staff routinely ask you whether you packed your bags yourself, or left them unattended after packing for a period of time, and whether anybody had given you a gift to carry through customs. Were you to say that somebody else had packed your bags, that you’d left them standing in a hotel lobby overnight, or that you’d been given a wrapped present for a stranger, you’d probably find that your bags would be searched, and you’d be questioned further.

Similarly, if you turn up at an airport, believing that you are travelling to Glasgow, but with tickets for Edinburgh, purchased by somebody other than yourself, there’s a fair chance that these circumstances will give rise to suspicion, that will warrant further questioning. This is likely to be the case, whether the traveller is a Muslim, a Christian or an Athiest.

In fact, that’s a good thing. I have been stopped and searched at ports on many occasions. Sometimes it is a little annoying, particularly if you’re in a rush. However, I am also grateful that we have a terrorism detection programme that looks for atypical behaviour, and investigates it further. I’d be more upset to find that lazy or incompetent security staff were not following up on suspicions.

But then there is the question of Yasmin Alibhai-Brown’s involuntary loss of bladder control.

If the police and security services have subjected a middle aged woman to an interrogation that is so terrifying that she soils herself, something is terribly wrong. We need to know, urgently, what is happening to ordinary travellers, going about their business, in British airports.

Unfortunately, when it comes to reconstructing the experience, we have very little to go on.

But what was it about the experience in particular that overstepped the line? Was Yasmin Alibhai-Brown threatened with physical ill treatment, or was she made to feel that she would otherwise be abused? Was the cause of her terror something that these men said or did, or was she frightened – as she seems to be suggesting – because her treatment recalled the conditions of her arrival in Britain, following her family’s expulsion from East Africa? Has she made a complaint?

Unfortunately, as far as I can see, Yasmin Alibhai-Brown has not yet written further about these events. Therefore, we can only speculate as to the conduct of those involves.

It is, however, important that we find out precisely what happened here.