First, why do websites like Socialist Unity always feature at least one photo of the ultra-fringe Neturei Karta people who inevitably turn up for every anti-Israel demonstration? 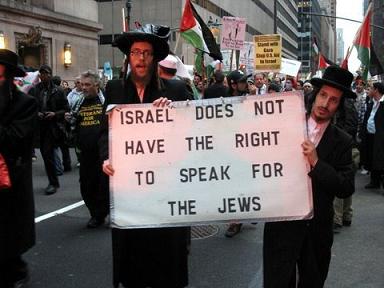 I think the NKers have been using that same sign for years. Do the Israel-bashers think anyone’s impressed? (“Ooh, not only are there Jews but they look like Jews. There’s no way anyone involved in this could be antisemitic.”)

Second, how many non-Israeli newspapers and websites will feature this photo of the funeral of Sergeant Major Lutafi Nasrallah Din, an Israeli Druse killed by a Hamas mortar that struck his army base in the southern Negev? 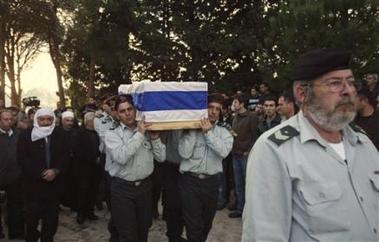 He was laid to rest by his IDF comrades in the Druse village of Isfiya. Another Hamas rocket killed Hani al Mahdi, an Israeli Bedouin construction worker.