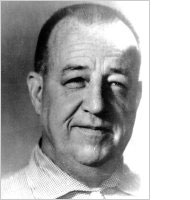 Here’s another addition to Jeffrey Goldberg’s list of “philosemites” (if that’s what we must call them):

In 1948, Charlie Winters took an unusual step for a Boston-born Protestant businessman: He waded into the bloody struggle for a Jewish state in the Middle East, selling decommissioned B-17 bombers to the Haganah resistance group and even helping to fly one of the planes overseas.

The assistance earned him a federal conviction for violation of the Neutrality Act and made him a hero for many Israelis who have long decried his case as a grave injustice.

Winters, who died in 1984 at age 71 and is buried in a Christian cemetery in Jerusalem, was granted a rare posthumous pardon yesterday by President Bush, nearly half a century after he was convicted and served 18 months in prison.
…..
Winters, who ran a business flying fruits and vegetables to the Caribbean, helped transfer two planes to the Israeli air force. He personally flew one of the aircraft from Miami to Czechoslovakia, where it and others were retrofitted for Israel’s use as bombers, according to historical accounts. The B-17s were the only heavy bombers in Israel’s air force and are widely credited with helping turn the war in its favor.

Remember that at the time, Czechoslovakia was under Communist control and the Soviet Union supported the creation of a Jewish state in Palestine. (Of course when the Soviets decided it was more in their interest to cozy up to Nasser and the pan-Arabists, things changed.) So Stalin allowed Czechoslovakia to serve as as a conduit for arms to the Jewish fighters in the War of Independence. If Stop the War Coalition chair Andrew Murray or t-shirt star Angela Davis had been around at the time, they might have organized “Free Charlie Winters” campaigns in accordance with the party line.