On the 9th May Syrian- and Iranian-backed Hezbollah, along with their allies, attempted an armed coup in Lebanon. They closed the airport and port, blocked major roads and besieged West Beirut.

Hezbollah acted after the government’s decisions to shut down Hezbollah’s phone network, which is independent of the Lebanese phone system, and to sack head of airport security, who is close to Hezbollah. (Both these decisions were later reversed.)

There are many blogs dealing with this, written by people far more knowledgeable than me about Lebanon– see here, here, here and here.

What got my attention was that in this coup attempt, Hezbollah and their allies– including Amal and the Syrian National Social Party (generally translated as Syrian Social Nation Party, but I figure my translation gives you a better idea of this party’s ideology)– attacked a TV station.

Hezbollah-allied gunmen raided and trashed Future TV, owned by Sa’ad Hariri, forcing it off the air along with their website and newspaper. The Lebanese army just sat and watched, failing to protect them.

Like all groups which adhere to a totalitarian belief system– fascists, Islamists, Ba’athists, millennial cults, etc.– death doesn’t worry them. However ideas and free speech terrify the crap out of them. So naturally the first thing they attack is any source of ideas contrary to their ideology, especially those which highlight their shortcomings.

Unfortunately this isn’t anything new; journalists allied to Lebanon’s independence movement have been killed before, including Gibran Tueini and Samiir Kassir from An’Nahir newspaper.

LBC’s May Chidiac survived an assassination attempt leaving her without an arm and part of a leg.

Rather than letting themselves get bullied into silence, Future TV’s Sahar Al-Katib broadcast this moving plea on LBC that very day.

Not only that but Future TV made the courageous decision to begin broadcasting again and a few days later it was back on air, headed by Sahar Al-Katib. (Notice the masked man with the quasi-swastika armband in the picture behind her. That certainly brings back memories.)

Her speech roughly translates as follows:

“So they wanted us silent, without a voice, but here it is and this time it’s louder. We bring back speech so that people can hear us, all of us [who will be] returning. And we have returned, come back from Future [Future TV] to the future– where light has been waiting for us. Light which is stronger than darkness and oppression.

“We have returned to speak freely, to speak loudly in the face of coercion and oppression and attempts to humiliate and take away our dignity. We will not be silent in the face of tyranny. We will not be terrorized by weapons– weapons which are loaded at night then fired during the day. Sowing fear in the hearts of the honest people of Beirut. Beirut! The princess of all capital cities. Beirut that embraced the resistance and people of the south…[in 2006]”

Future newspaper is now being published again, and the Future TV website is back online.

Written underneath the logo in Arabic: “The truth will not be silenced.”

Courage isn’t the sort of crap you see on TV and films where people like Kiefer Sutherland in “24” go into some enemy lair, shoot everybody and save the world in time for the commercial break. Nor is courage wearing a bomb and immolating yourself in a train or bus or crowded market so you can go to some perfect afterlife without the ambiguities, compromises and difficult decisions prevalent of this life. That is, in truth, the ultimate cowardice, the ultimate cop-out.

No, courage is people like Sahar Al-Kitab saying publicly “No. You will not frighten us into submission with your weapons”. That courage is truly humbling.

If any good has come out of the recent events in Lebanon, it is that finally the myth of Hezbollah as some sort of Lebanese “resistance” has been exposed for the sham that it is.

Hezbollah has shown its true colours. Now it is publicly seen for what it really is– a sectarian murder squad acting in the service of the despotic regimes of Syria and Iran at the expense of the Lebanese people.

These events have also exposed the Middle East “experts” who repeat the same old “anti-imperialist” clichés, knowing there is a receptive audience for that sort of crap.

Hell, some of them, for all their claims of adhering to the “the Arab cause” (for that read dictators like Saddam Hussein and Bashar Al-Assad) can’t even speak the language. 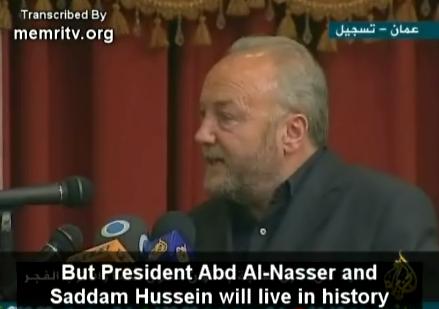