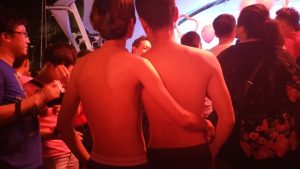 Last Sunday, Singapore announced its intention to scrap the infamous Section 377a found in the penal code of 42 commonwealth countries across Asia, the Pacific islands and Africa. This law criminalises male homosexual sex. The law was introduced in 1938 by the British. Elsewhere, it has earlier precedents.

Section 377 of the Indian Penal Code (IPC) was introduced by the British in 1861, inspired by the 1553 Buggery Act that outlawed homosexuality in England. It was reportedly imposed to protect soldiers and colonial administrators from “corruption” out of a fear that these men sent far from home (and their wives) would turn to homosexuality, according to British Colonialism and the Criminalization of Homosexuality, a book by Enze Han and Joseph O’Mahoney.

India repealed the law in 2018 followed by Bhutan. Belize and Trinidad and Tobago are the only other territories that have repealed the law. Scores of countries retain the law  from Malaysia to Nigeria, including Jamaica, Zimbabwe and Kiribati.

Repeal of 377a was the rallying call of gay activism in Singapore and there were (unsuccessful) court challenges. The government found itself caught between strongly conservative (muslim and christian) religious groups and a younger and more liberal cohort, not to mention the demands of being an open international city doing business with LGBT-friendly corporations. The law was not enforced for decades while the government dithered.

Was it a victory for gay rights? Many say the activists won the battle but lost the war. The prime Minister announced in the same speech that the government was moving to amend the constitution to stave off any legal challenges to the concept of marriage as only between a man and a woman. It signaled no other concessions or changes should be expected. Gay unions will have no legal recognition and public housing rules will not be modified for gay couples. The Ministry of Education sent out notices that its sex education curriculum would not be affected.

The reaction from religious groups was swift and in many cases admirable. The Islamic Religious Council of Singapore exhorted muslims to be tolerant and kind to all even as they remained firm in their religious values .

We must work towards preventing any differences in orientation and worldview from turning into clashes and conflicts which will weaken our society. A public discussion that lacks respect and empathy will only polarise our society.[7] Where one segment is aggrieved and feels unprotected or unsafe, tolerance for different viewpoints and values will considerably diminish and society will weaken.

From a western perspective, this kind of social change  would likely be seen as distinctly underwhelming. Singaporean social justice warriors on twitter roundly castigated the government  for its craven surrender to “christian” fundies but the most cursory look at a map would show that christian fundamentalism is not a pressing concern in Asia. Deplorable rightwing types muttered darkly about  the government kowtowing to US pressure as supposedly conveyed by Nancy Pelosi on a recent visit here. But Asia is a conservative continent. Apart from Taiwan where same-sex marriage was legalised in 2019, the rest of the continent remains ice-cold to LGBT rights, even Japan.

The pace of social change here will remain slow because societal consensus is seriously valued and  until majority opinion shifts, the law will lag behind.