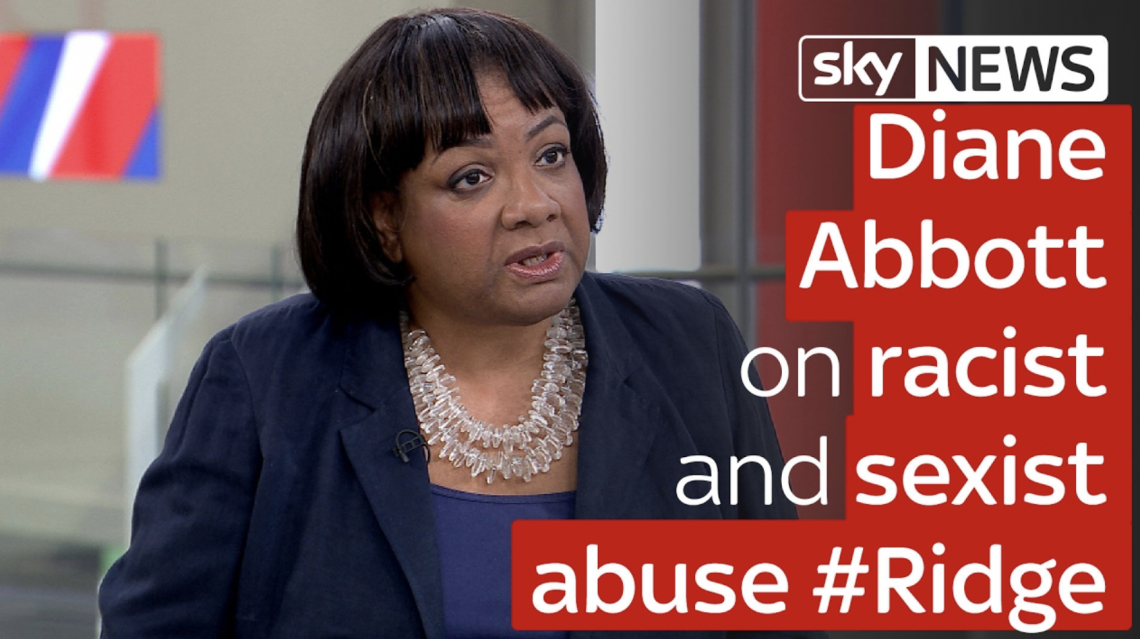 Recently Diane Abbot participated in Question Time where she was placed on the defensive regarding Labour’s position in the polls. The fallout from this was a wave of righteous indignation from the party about racism and pro-Tory bias int he BBC.

Momentum were quick to create a video and email it around to their members complaining about “discriminatory bias”: 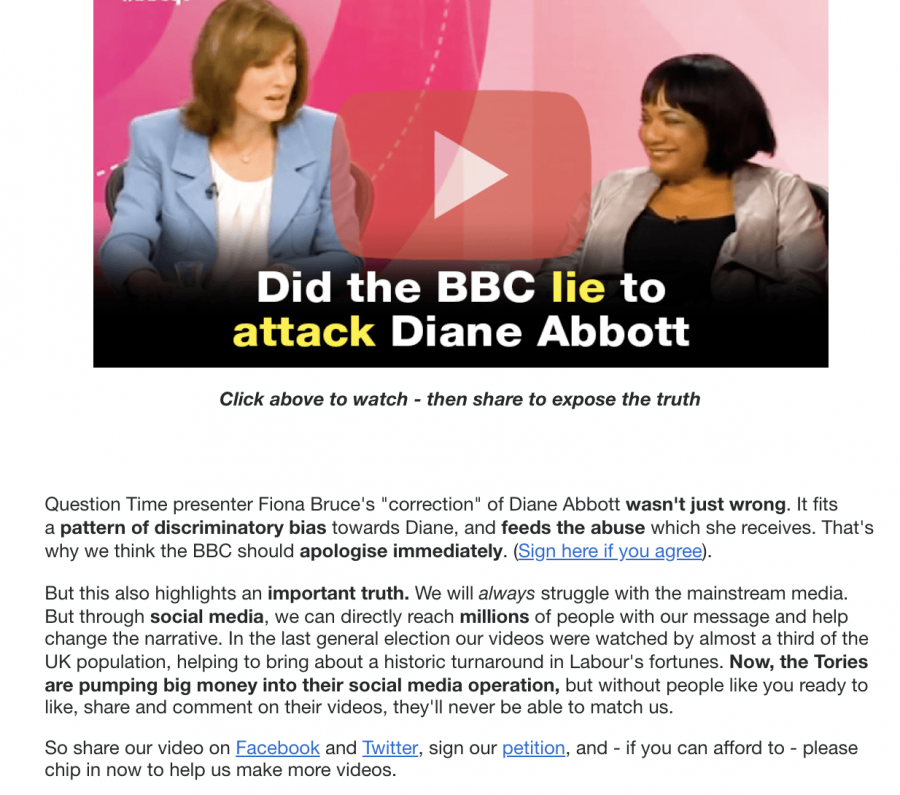 Fiona Bruce was clearly repeating Tory propaganda that Labour were behind in the polls. If she had said behind in one poll, that would have been different matter.

This👇🏾is not an apology and does not address all of the issues that have been raised. https://t.co/XVJpncIegl

“In September 2017, it emerged that (Diane) Abbott alone received almost half of all the abusive tweets sent to female MPs in the run-up to the general election, according to Amnesty International, much of which was racist & sexist.” https://t.co/mIiXYkjtBI

Clarke was suspended from the party over concerns regarding antisemitism.

Regardless of whether Abbott is correct in her complaint one cannot help but compare this with the antisemitism in the party.

Were this situation a Jewish MP complaining about antisemitism proof would be demanded from them ad infinitum and they would be accused of smearing Jeremy and the Labour Party. There would  be endless discussion and investigation and very little else.

Having said that one wonders what the situation would be if a black Labour MP was complaining about racism in their own party.

But herein lies the point. Either the Labour Party are weaponising racism (to use their vernacular) in order to attack the Tory Party/BBC/anyone else or they’re sensitive to racism in a way that just doesn’t exist when it comes to antisemitism.