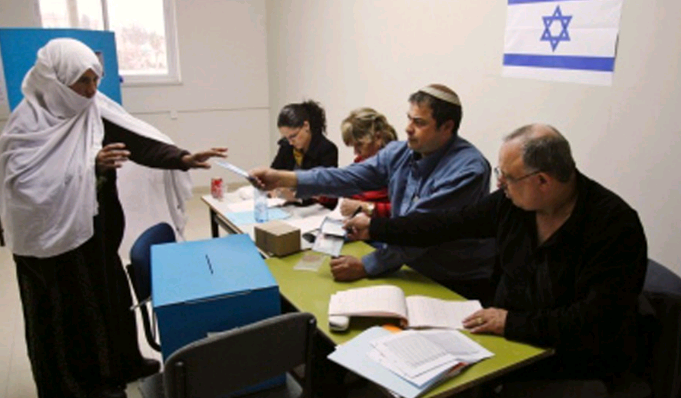 The big battle in Israeli politics is between the Blue and White Party and Likud. The Likud is headed by Netanyahu while Blue and White is a merger of parties headed by former Chief of Staff of the IDF Benny Gantz and former Finance Minister Yair Lapid.

While the two are polling either neck and neck or with Blue and White slightly ahead the electoral math in the Israeli system of proportional representation would seem to favour Likud in terms of their being a relatively clear, organic bloc of parties that share basic ideas on how they want the country to be run.

The Times of Israel is reporting on their live blog some serious irregularities:

Elections Committee: It is forbidden to film voters

The Central Elections Committee says, “It is forbidden for polling station committee members and other staff to film voters or the voting process. It is permitted to film only in extraordinary circumstances for the purposes of reporting” incidents of alleged fraud.

“Police should be notified in the case of illegal filming,” the committee says.

Channel 13 reveals that it was police officers deployed to polling stations who discovered the hidden cameras being used by election observers from Likud in Arab towns.

Police found such cameras in towns across the country, including Sakhnin, Majd al-Krum, Nazareth, Tamra and Jisr a-Zarka.

Police removed the cameras, but allowed the observers to continue working at the stations.

Police commanders are now awaiting orders from Central Elections Committee head Justice Hanan Melcer as to the legality of the hidden camera campaign before acting on the issue.

Over a thousands cameras were reportedly found in Arab polling areas, but a handful were also discovered in Haredi ballot stations.

Hopefully King Bibi will fall but it’s unlikely to happen.