When cricketer Percy Fender (1892-1985) died two famous Surrey players gave a live television interview reminiscing about Fender’s career during the tea interval of a Test match (1). Both had encountered Fender as young players and had received encouragement and advice given from this distinguished player and highly successful captain of the Surrey County Cricket team between the wars. Then one of Fender’s protégés said something interesting beyond the boundaries of cricket (2). 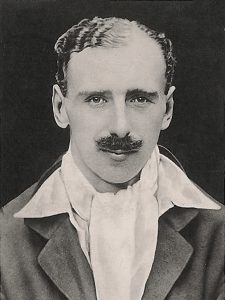 What Jim Laker (1922-86) said was simply that the only reason this dynamic all rounder and cricket brain wasn’t made captain of England was because he was a Jew. His fellow former Surrey team mate, Alec Bedser (1918-2010), agreed (3). Their interviewer was astounded, but they stuck to their story, one commonly held in the Surrey dressing room during their playing days. Given the kind of membership of the Marylebone Cricket Club (M.C.C., the H.Q. of English cricket since ever) then and afterwards, nothing would surprise me.

The recent Rafiq affair that has swept over English cricket and destroyed a few careers brought this episode to mind (4). When Mr Azeem Rafiq was found to have sent anti-Semitic references in texts to another South Asian descent player, his subsequent apologies were accepted without question, apart from Jake Wallis Simons. One of Mr Simons’ key points as the affair unfolded was why the media pack, tearing the ‘whites’ (players clothing is known as whites regardless) from the backs  of Yorkshire team players past and present, were so comfortable with Mr Rafiq’s apology over his casual Jew Baiting to move rapidly on hounding the ‘real’ racists. Mr Simons’ conclusion was interesting (link to full article in Notes):

What will stay with me from the bizarre events of [18th November], however, is the confirmation that when it comes to racism, there is a hierarchy. Don’t get me wrong, I stand firmly against cancel culture, witch-hunts and the sinister religion of offence. I’d rather let things slide than let them rankle. But it does get up my nose that when it comes to the oldest hatred, the liberal instinct is to grope for excuses.

1. I am not going to try and explain cricket, Test matches or the history of the game, much as you may be relieved to learn. Still, it has attracted all sorts as a game: Samuel Beckett, Edward Said, André Previn … Take it from the record: Percy Fender was the real thing.

2. A subtle reference to Beyond a Boundary a study of cricket by the Trinidadian writer C.L.R. James, exploring the games influence around the British Empire in spreading certain concepts of identity and culture.

3. After retiring from cricket Bedser helped found the Freedom Association in the 70s, principally concerned to maintain sporting links with South Africa during apartheid, even then described as ‘right wing’. Today it would be described as far right wing.

The Yorkshire Post’s timeline stops before Mr Rafiq was discovered to have sent texts containing anti-Semitic references to an Asian colleague.

Mr Rafiq also allegedly sent suggestive texts to a young woman, Gayathri Ajith. Ms Ajith was 16 when they met on flight to Dubai. She claimed Mr Rafiq bought her an alcoholic drink. Part of Mr Rafiq’s evidence to the Parliamentary Committee investigating ‘institutional’ racism in cricket concerned being forced to drink alcohol by fellow team members.