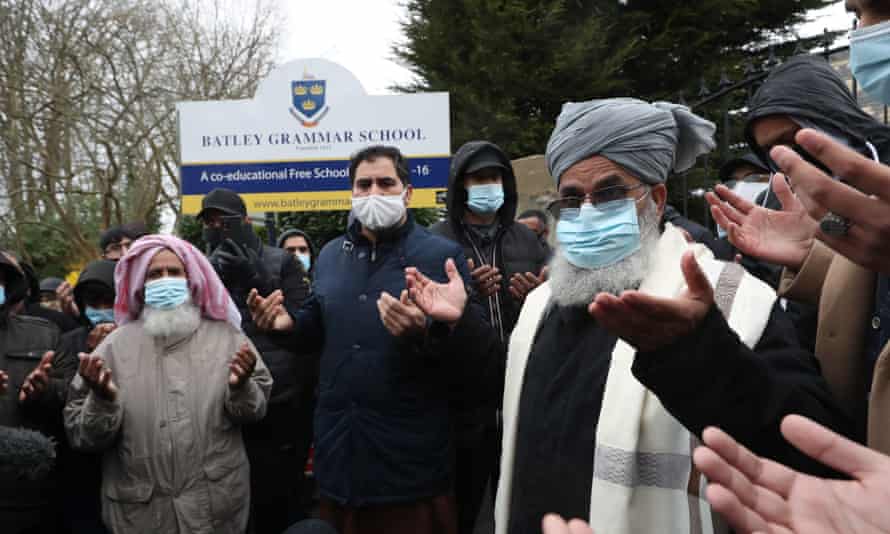 Let’s get straight to it. A caricature of the Prophet Muhammed (pbuh) was apparently shown by a teacher to his students in a Religious Studies lesson at Batley Grammar School. There have been reports that the caricature was the same one that was produced by Charlie Hebdo, the French satirical magazine, where 12 innocent people were killed and 11 were injured because of the publication. Only recently, French teacher Samuel Paty was beheaded in France because he too showed a picture of the Prophet Muhammed (pbuh). Can we expect that to happen in the UK? Probably not. However, what we can expect is the mobilisation of Islamists to use ‘culture wars’ to win a battle. The more battles Islamists win, the closer they get to moulding society into a culture that is both Islam friendly and Muslim focussed. If we don’t stand up to them, then we have capitulated to an unofficial blasphemy law.

Is this the first time Islamists have mobilised themselves when it comes to education? No. Let’s take a look at two examples.

Three years ago, St Stephen’s School in Newham gained media attention when it was reported that it sought to ban Muslim girls under the age of eight from wearing the hijab. The then chair of governors – Arif Qawi – is reported to have made comments about Islamisation:

“I am on a personal crusade to severely limit the Islamisation process, and turn these beautiful children into modern, British citizens, able to achieve the very best in life, without any restrictions and boundaries.”

As a result of these comments and supporting the ban, Qawi stepped down as chair of governors. The backlash the school received from Muslim activists on social media and other interested parties left the headteacher – Neena Lall – fearing for her life. That it takes one event – perceived to be islamophobic – to mobilise individuals to achieve an outcome that is desirable to them should be a concern for us all.

St Stephen’s School is perfectly entitled to set out its own uniform policy. Stakeholders, i.e., parents, can and should have a say, but that stops if it becomes an unreasonable demand. The school is best placed to decide as to the welfare of the students within school grounds, otherwise there is no point of them having students.

Our second example is when Anderton Primary School in Birmingham hit the headlines in 2019 because they wanted to teach LGBT relationships education. Months of demonstrations lead by Shakeel Afsar – who did not have children at the school – resulted in the saga being taken to the City’s Priory Courts and an exclusion zone on the protests being ordered.

But the damage was done. Children, residents and teachers were negatively affected by this with twenty-one teachers having to be treated for stress. But all it took was for some astute Islamists to use their networks to create a problem where none existed. But the broader point is this, schools like Anderton Primary, Batley Grammar and St Stephen’s will now have to think twice before they do anything. Everyone has a right to protest, but Islamists do not have a right to intimidate others so that they bend to their demands. This is not sustainable in a liberal free democracy.

Islamists are playing a clever game. They know they cannot change the law, so they have diverted their attention elsewhere. They have entered the culture wars battle ground. What this means is this, all they must do is kick up a fuss, cause problems and gain concessions from state institutions like councils, the police, and schools to achieve their goals.

In the case of councils, they have and are achieving this by getting them to adopt the flawed APPG definition of Islamophobia. In the case of law enforcement, there is an attempt to remove the term ‘Islamist’ from Islamist inspired terrorist attacks, and regarding schools, well, you have three examples above.

Of course, there may be legitimate concerns from Muslims that do not happen to be Islamists, but unless their voices are heard amongst the crowd of Islamists that are shouting the loudest, then it will be difficult to hear them.

The culture wars have provided Islamists with territory to bring their cause to and fight for. They are attempting to change the culture of British society so that it is Islam friendly, and Muslim focussed. They’re starting with publicly funded institutions, private companies will most likely be next. We need to resist this, otherwise we may be sleep walking into the Islamisation of British society with an unofficial blasphemy law. We need to wake up to this reality!