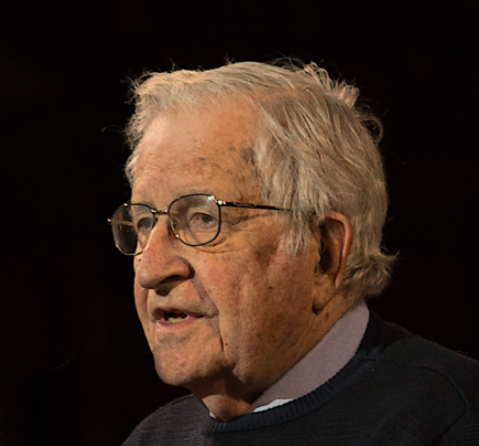 Like many others, I was shocked to find Noam Chomsky among the signatories of that open letter in Harper’s Magazine, speaking out against a (wholly imaginary, and completely justified) so-called “cancel culture”. Like every decent person on the left, i.e. every decent person, I have always regarded Prof. Chomsky as a political and moral loadstar. This old certainty has now been replaced by a torrent of troubling questions.

How could the man who was perceptive enough to see through the lurid exaggerations employed by Western propagandists to monsterize Pol Pot or Milosevic allow himself to be lured in by villainous figures like Yascha Mounk? We know Chomsky as someone who stands with humanitarian heroes like the leaders of Hezbollah — and now the same man is making common cause with the likes of Bari Weiss? It seems unthinkable. How do you go from associating with Hassan Nasrallah’s freedom fighters to associating with the diabolical duo of Jesse Singal and Katie Herzog? It’s hard to reconcile this shocking new turn of events with the impeccable past record of righteousness.

True, it’s not like there no warning signs at all — a peculiar fondness for free speech (or “freeze peach”, as I like to call it in an act of sardonic wit, so often the only weapon of the powerless against their oppressors) had long been Chomsky’s single weak spot. But in the past it was dedicated to the cause of punching up, against those who try to manufacture consent on contentious issues like “Did the Holocaust really happen?”. Now he’s aiding the cause of those who want to punch down, by endorsing a defense of free speech that is so general and free of specifics that it could refer to anything — a clear and unmistakable dog whistle for hate speech against vulnerable communities. The contrast could hardly be starker.

But perhaps we should not be too judgmental. Instead, this disturbing slippery slope from Robert Faurisson to JK Rowling could serve as a warning to all of us; a warning about the inherent dangers of indulging in free speech apologism, and where you will end up once you step onto — and slip down — the ice of “freeze peach” (to coin a powerful image).

Maybe the main conclusion to draw from all of this is that naive hero worship is always misguided. As these past weeks have shown more clearly than ever, nobody should be put on a pedestal, neither literally nor figuratively. So, as I topple the Noam Chomsky statue I had erected on my balcony, crushing an unfortunate passersby in the process — yet another victim of the violence of free speech, unlikely to trouble the conscience of the Dirty 150 — I can only hope that this disillusionment we’re all experiencing is a kind of growing up experience (or, alternatively, that Prof. Chomsky still sees the light and retracts his signature, so that students at the University of Arizona, where he is currently employed, won’t have to feel unsafe).

This is a cross-post by Thomas Stern