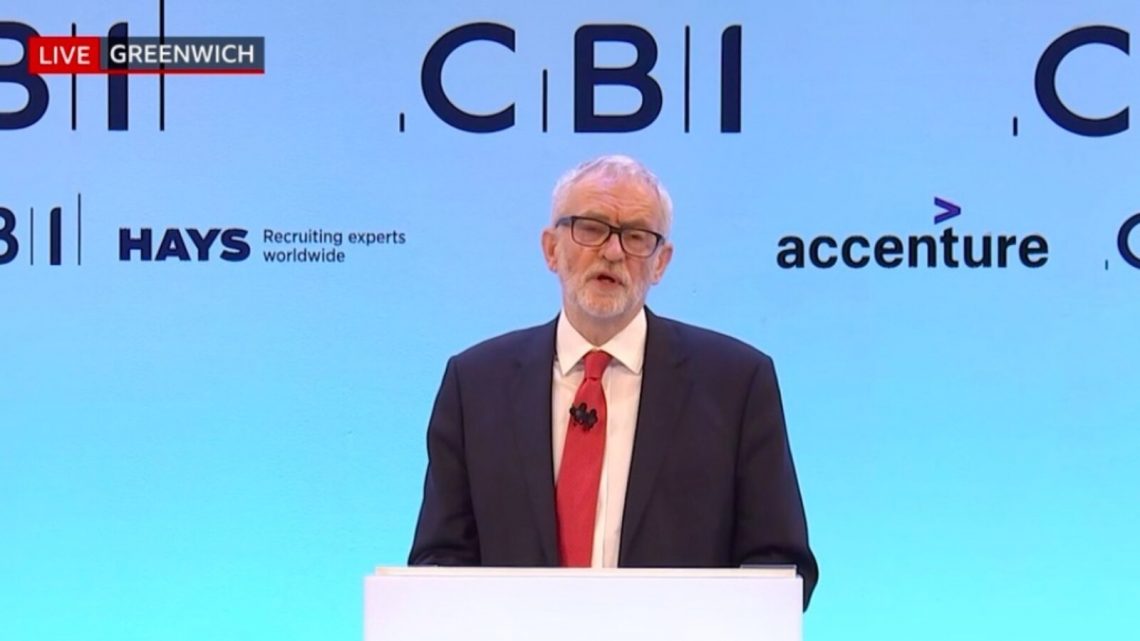 Amongst the many freebies promised by Labour during the 2019 election campaign is a a four day week by the end of the next decade.

I don’t know whether it would be good, or not, for general health and wellbeing; there are probably as many experts who’ll say that any benefits would be minimal, or nonexistent, as those who’ll say they would be significant.

Four days is 80% of five, that’s a 20% reduction, but if someone produces one widget per day, that’s five in five days, they’ve then got to produce five in four days, a 25% increase.

In politicalspeak everything tends to be a “crisis” or “emergency”, just as any difference of opinion in a political party is a “feud” or “civil war”, but there is frequent mention of a “productivity crisis” in this country and in an interconnected and increasingly competitive world it matters.

So, if GB plc needs to get its act together on productivity, how can having to increase it by 25% just to stand still possibly be a good thing?

This smacks of a hard-left vision of, effectively, socialism in one country – despite their “internationalist” pretensions.

There are several types of employment and I previously referred to those who make or, maybe, do things. Someone produces products and the more they produce the greater their productivity. Productivity, and any increase, can, relatively easily, be measured.

But there are also those who, although it may not immediately be obvious, are paid to be somewhere for a period of time, and there are many in the public sector.

Let’s consider the blue light services. We expect the fire service to be available 24 hours per day, and they also have a rescue function which is far more than cats in trees, they extricate casualties from road traffic accidents. Productivity, in this sort of area, is usually response time, what percentage of incidents have a fire engine there within a specified time after a 999 call? The ambulance service is little different.

The resources needed to deliver these services are determined using many sources of information, and technology can help, but there is usually an irreducible minimum; it’s difficult to contemplate one person getting someone onto a stretcher and into an ambulance.

It’s not surprising that Ashworth and McDonnell, er, disagreed about the applicability of a four day week to the NHS.

Ashworth clearly knows just how many people have to be there for specified periods, knows that there is already a shortage and doesn’t want to have to recruit to fill that and the extra needed to cope with a reduction to a four day week, with the consequential financial implications.

How would education cope with a four day week? If more teachers aren’t to be recruited, and there’s already a shortfall, can pupils get five days worth of education in four? Could breaks and the lunch hour be shortened, and would this be good for the pupils or teachers?

These are just a few examples, and represent genuine problems of recruitment and training, without considering the cost implications.

Of course, for the hard-left it represents a larger public sector and more union members voting Labour.

Move away from the public sector into the retail and hospitality sectors, both of which usually contract people to be in a particular location for a specified period of time. The wage bill increases by 25%, but that’s not all. The promised 5% public sector pay rise will, of course, trigger similar demands from the private sector and there are also corporation tax increases coming. This is at least a triple whammy and minimum wage, etc increases could make it quadruple.

Some of the increased cost will be passed on to customers, fuelling inflation and demands for wage increases. In some instances those who leave or retire won’t be replaced and their work divvied up amongst those left and, where possible, technology will be introduced, such as more self-service supermarket checkouts.

It’s likely, however, that there will be fewer people employed in shops, pubs, restaurants, etc.

The only, very slightly, positive aspect is that businesses will know what’s coming and can look at the age profile of their workforce and consider investment in technology but, again, this is having to play catch-up, not move forward.

When Corbyn addressed the CBI he had to claim to not be “anti-business”.

Some will remember Bernard telling Hacker not to believe something until it had been officially denied – that’s as true now as it was then.