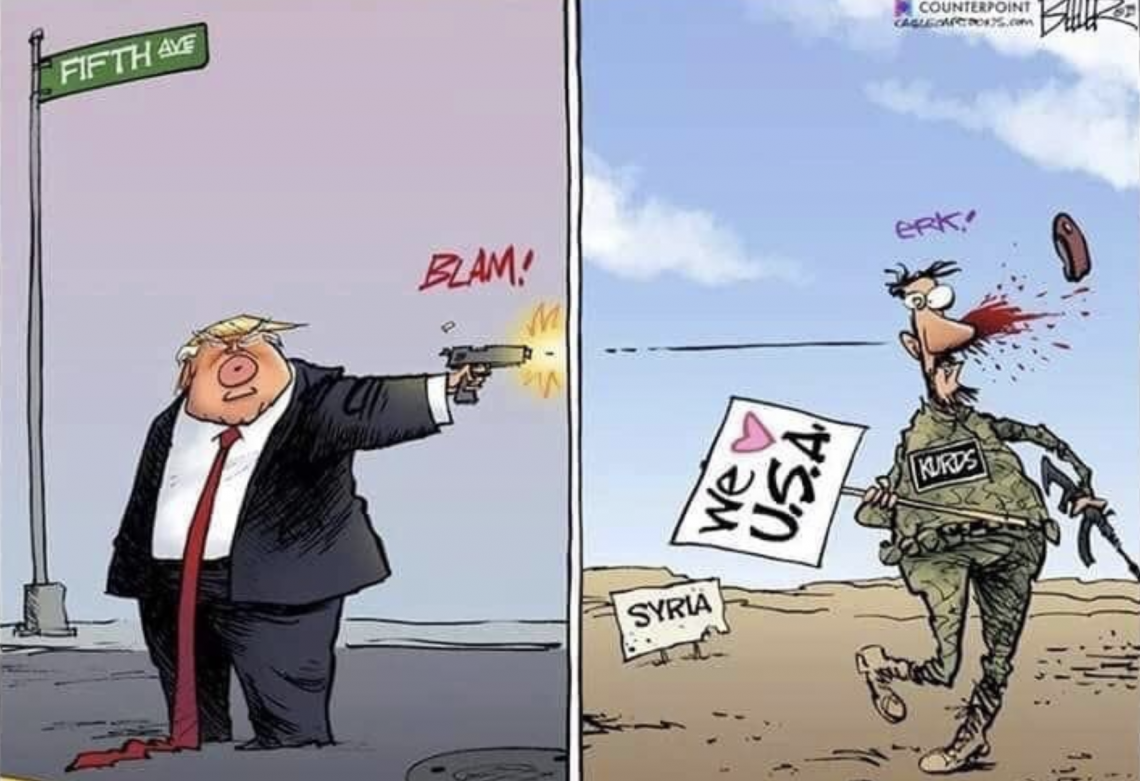 The Kurds have made a deal with Assad and Russia to tackle Turkey.

BEIRUT, Lebanon (AFP) — The Kurdish administration in northern Syria on Sunday announced a deal with the Damascus government on a Syrian troop deployment near the border with Turkey to confront Ankara’s offensive.

“In order to prevent and confront this aggression, an agreement has been reached with the Syrian government… so that the Syrian army can deploy along the Syrian-Turkish border to assist the (Kurdish-led) Syrian Democratic Forces (SDF),” it said in a statement on its Facebook page.
The Kurdish administration did not give further details on the agreement or say if it would compromise Kurdish self-rule in the north.

But the announcement came after Syria’s state news agency SANA said the army was sending troops to the north to “confront the Turkish aggression.”

Marginalized for decades, Syria’s minority Kurds carved out a de facto autonomous region across some 30 percent of the nation’s territory after the devastating war broke out in 2011.

When the Islamic State jihadist group swept across the region in 2014, the Kurd-led SDF mounted a fierce defense of their heartland and became the US-led coalition’s main partner on the ground.
The Kurds feel they have been betrayed by their once formidable ally, the United States, and left to fend for themselves in the battle against Turkish forces.

The New York Times reports some of the Green Berets who were with the Kurds have spoken of their “shame”:

“They trusted us and we broke that trust,” one Army officer who has worked alongside the Kurds in northern Syria said last week in a telephone interview. “It’s a stain on the American conscience.”

“I’m ashamed,” said another officer who had also served in northern Syria. Both officers spoke on the condition of anonymity to avoid reprisals from their chains of command.

And the response from the Kurds themselves was just as stark. “The worst thing in military logic and comrades in the trench is betrayal,” said Shervan Darwish, an official allied with the Kurdish-led Syrian Democratic Forces.

As does Fox News:

“PENTAGON – A member of U.S. Special Forces serving alongside the Kurdish-led Syrian Democratic Forces (SDF) in Syria told Fox News on Wednesday they were witnessing Turkish atrocities on the frontlines.

“I am ashamed for the first time in my career,” said the distraught soldier, who has been involved in the training of indigenous forces on multiple continents. The hardened service member is among the 1,000 or so U.S. troops who remain in Syria.”

American prestige has never been lower, from Obama to Trump American foreign policy has been nonstop nonsense for the last 12 years. They can’t be trusted as an ally and aren’t feared as an enemy