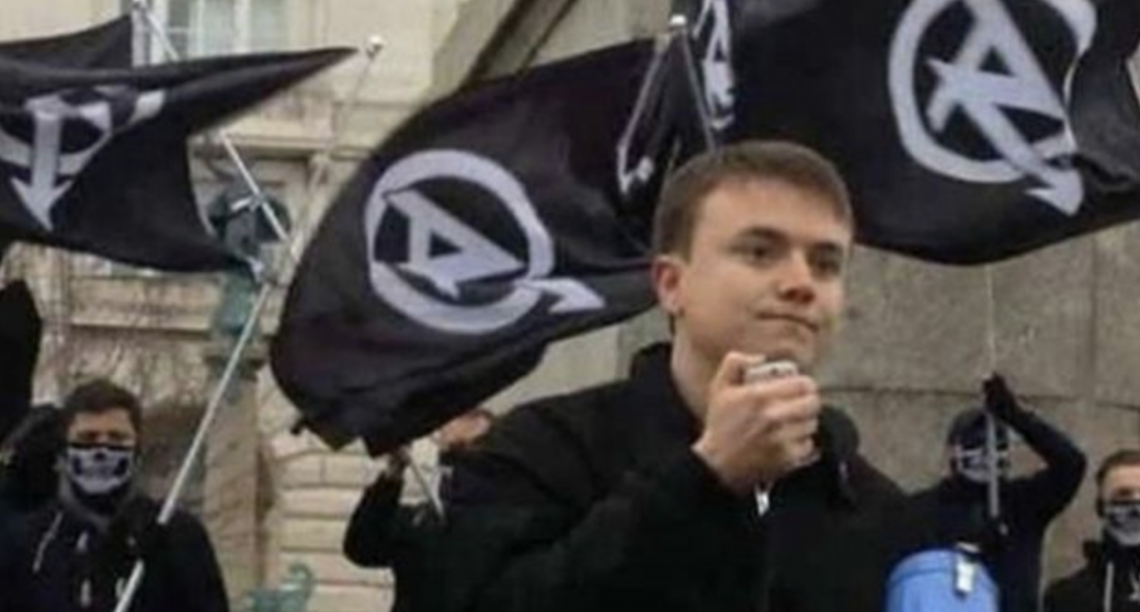 A neo-Nazi who planned to murder Labour MP Rosie Cooper in a terrorist attack has been jailed for life.

Jack Renshaw, 23, from Skelmersdale, Lancashire, must serve at least 20 years in prison.

A judge at the Old Bailey said Renshaw, who earlier admitted preparing an act of terror, wanted to “replicate” the murder of Jo Cox.

Renshaw made a Nazi salute towards supporters as he was led to the cells from the dock.

He pleaded guilty on the first day of his trial to buying a machete to kill the West Lancashire MP and making threats to kill police officer Det Con Victoria Henderson.

Renshaw has done nothing of any value during a life dedicated to hatred. From the Jewish News:

Jack Renshaw, a baby-faced bigot from Lancashire, was this week also revealed to be a convicted paedophile who groomed two young boys online, after reporting restrictions were lifted following his fourth trial in two years.

Renshaw was earlier jailed for three years for inciting racial hatred after he told a Blackpool crowd in March 2016 that Jews were “parasites” and that Britain took the wrong side in the Second World War because it didn’t pursue Hitler’s final solution.

Kudos to HOPE Not Hate whose work with a whistleblower from within the proscribed Nazi terror organisation National Action led to the successful arrest and prosecution of a number of Nazis.