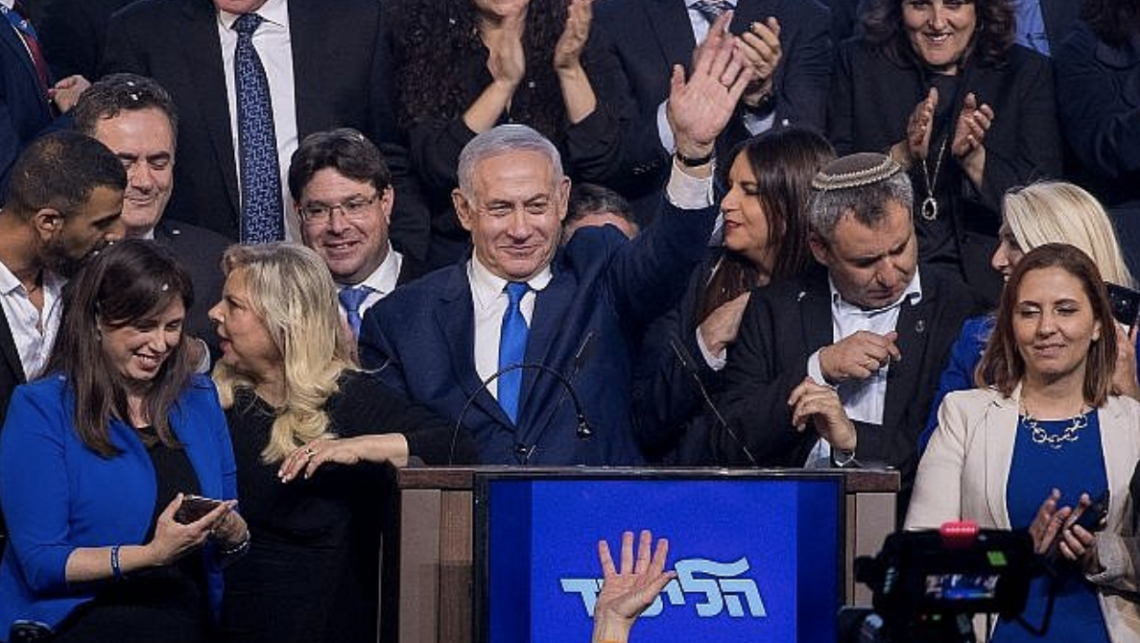 With 97% of the votes counted the results are pretty much in. The only small question is whether former Education Minister Naphtali Bennet and former Justice Minister Ayelet Shaked’s New Right Party will scrape enough votes to eek over the 3.25% cut off. It might happen but if it does it won’t change the dynamic of the Knesset.

So what did we learn?

Stand according to what you believe in and give the electorate a genuine choice. Failing that at least stand on what you have no intention of doing and allow the electorate to judge you if you fail to live up to their expectations.

The clearest message coming through the campaign was that Bibi intends to annex settlement blocs if elected Prime Minister. Gantz mumbled vague promises about making things better and being more positive. This is an insult to the intelligence of the Israel electorate. For several elections candidates have run with nothing better than “vote for me I’m not Netanyahu” that’s not going to cut it, nor should it.

Israelis voted Barak when he espoused a peace plan, backed Sharon when he wanted to withdraw from Gaza & Olmert with his peace plan to Abbas. Gantz et al show a lack of confidence in Israelis and in themselves by refusing to lay out specific plans and explain why they deserve the public’s vote.

Another incident that shone through the white noise of political slanders of this campaign was the insult thrown at Gantz that he saw a shrink. His response was to deny it and threaten to sue. He attempted to fight Bibi on his own battlefield, again showing a lack of confidence both in himself and the Israeli public.

Netanyahu was Prime Minister in 2012 when the Israeli Ministry of Health recognised the need to provide Israelis with easier access to mental health care:

We have been becoming aware for years that depression crises will within a few years become the most common reason for impaired function in the world of medicine. Thus the importance of being able to identify them in their early, mild stages, in order to prevent deterioration. Advanced treatment in the realm of mental health will be given based on advanced means that require the infrastructure and knowledge of general medicine. The linkage with general medicine, embodied in the Mental Health Reform, will allow implementation of this advance.

My instinct at that moment was to think of all the mental healthcare professionals in Israel and those who continue to benefit from their care and who have benefitted from such care in the past (myself being one of them) who must have felt disenfranchised by that whole incident. What an opportunity for a real leader to champion their cause. But no, he got down into the proverbial mud and tried to fight Netanyahu’s war on his own turf. As it happens I reckon the Netanyahu family could all use some therapy.

The Will to Win

The sheer desire to win shone through from Netanyahu. Video cameras in Arab areas? Who cares if it’s illegal, it might help us win so we’ll do it. Dog whistle racism? Sure all the time. Personal attacks? Par for the course. Annex settlements? We’ll say we will…

I find myself grudgingly respecting Netanyahu on this front. He wants to win, he’ll do what it takes to win and then try to pull it back after (hopefully). There is no better example of someone so utterly dedicated to victory than this man. Now he’ll have to face his corruption charges, which presumably he’ll beat and then reap whatever consequences come from the cameras stunt.

Sharon made mincemeat out of Netanyahu in 2003, Sharon put his faith in Israelis to follow him once he had articulated his strategy. Sharon’s dead. There was no one of comparable ability running in this race. From Blue and White to Labor until this new generation of Israeli politicians learns to articulate a vision for the future of Israel they always see themselves coming in second place.