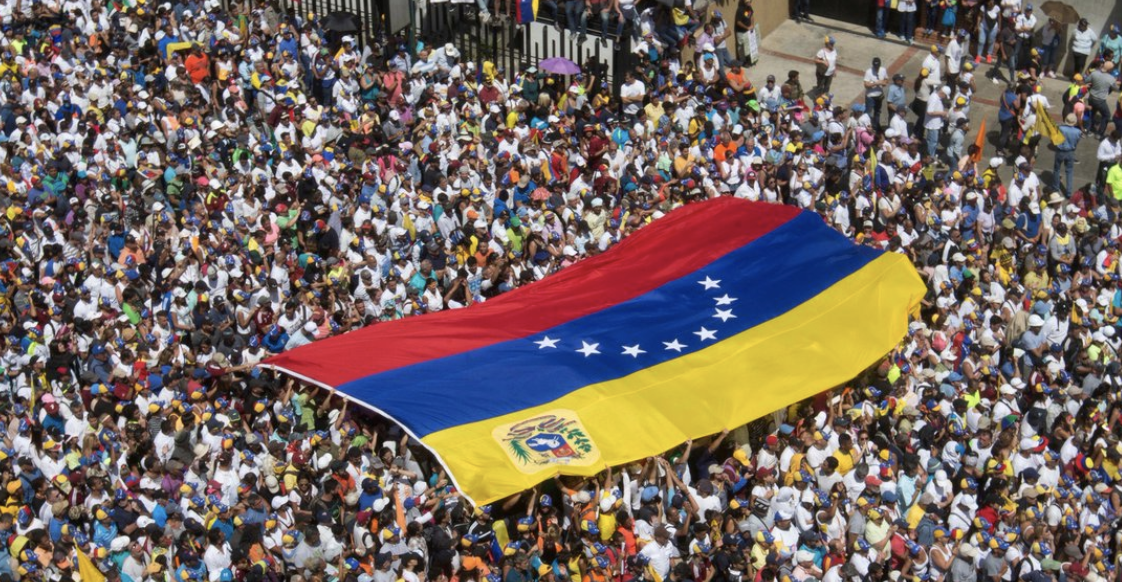 Note that the attempt to bring back some sanity to Venezuela is proceeding apace. This is from ABC:

Venezuelan opposition leader Juan Guaido reiterated a call for the military to defect from the country’s socialist government on Saturday, as President Nicolas Maduro appeared to intensify a deepening political standoff by proposing to hold early National Assembly elections that could potentially oust his challenger.

Speaking from behind a podium decorated with Venezuela‘s presidential seal, Guaido vowed to thousands of roaring supporters that he would keep his opposition movement in the streets until Maduro stopped “usurping” the country’s presidency and agreed to organizing new presidential elections overseen by international observers.

The 35-year-old president of Venezuela’s National Assembly outlined the opposition’s recent moves and called on “blocks” of the military to defect from Maduro’s administration and “get on the side of the Venezuelan people.”

Note also this from the article:

“Earlier on Saturday a Venezuelan air force general defected from the Maduro administration and called on his compatriots to participate in protests against the socialist leader’s rule.”

Naturally some of Britain’s Labour MPs hate that a dictator who’s plundering his country’s wealth and killing his own populace is on the path to being deposed:

If you look closely at the video everyone there appears to be in uniform. Here’s someone’s take on the demonstration who isn’t a Labour MP:

I could round up more people to join me for dinner than Maduro got for his dueling protest. Here’s the stunning live comparison. How his regime manages to survive to make people suffer is one of the world’s greatest tragedies. #Venezuela #2Feb pic.twitter.com/dwshCfyh08