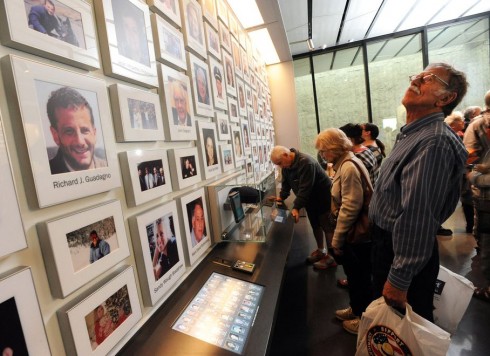 A new visitors center opened this week near the memorial to the passengers and crew of United Airlines Flight 93, who fought back against the terrorists on September 11, 2001, and brought down the plane near Shanksville, Pennsylvania, before Osama bin Laden’s men could crash it into the US Capitol building or the White House in Washington, DC.

Those events were also recalled in the excellent 2006 movie “United 93” and in the moving speeches five years ago at the site by former First Lady Laura Bush and First Lady Michelle Obama. (Those who regard Mrs. Obama as some sort of secretly America-hating racist especially need to watch this.)

Update: On consideration, I agree with the commenters who criticized my speculation over what Jeremy Corbyn would have done had he been on Flight 93. I can’t say with utter certainty what I would have done myself.