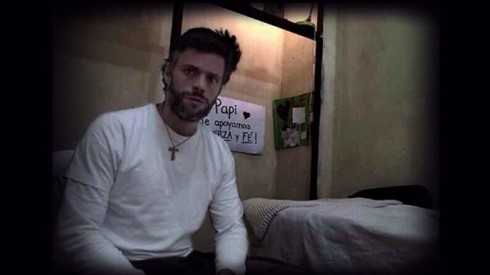 After a farcical secret trial, Venezuelan opposition leader Leopoldo Lopez has been sentenced to more than 13 years in prison for his alleged role in inciting violence against the regime in 2014.

According to the Human Rights Foundation:

The criminal proceedings against López were riddled with due process violations. The trial consisted of 70 hearings and took place behind closed doors in violation of the right to a public trial. The media, human rights defenders, and international observers were strictly banned from the courthouse. Out of 700 hours of trial, López’s legal team only had three hours to argue in his defense. In another ostensible display of disproportionality, bias, and unfair treatment in court, Judge Barreiros allowed 108 witnesses and 30 exhibits presented by the prosecution. In contrast, of the 60 witnesses proposed by the defense Barreiros allowed only two, and declared that the bulk of the documentary evidence presented by López’s legal team was inadmissible. Public statements by high-ranking government officials were made declaring López’s culpability in violation of the right to presumption of innocence.

As the criminal proceeding against him was taking place, López was held in the Ramo Verde military prison in Los Teques, Venezuela, where he was subject to torture and cruel, inhuman, and degrading treatment. López’s imprisonment in Ramo Verde was characterized by the violation of international standards on the protection of the human dignity of persons deprived of liberty. Apart from the appalling conditions of captivity and excessive isolation—López has spent at least a third of his time in prison in solitary confinement, having been denied the right to receive visitors, including, at times, his wife and children, and his lawyers—there have been numerous violent searches, and the confidentiality of his communications has been violated.

“Terms like ‘kangaroo court’ or ‘sham trial’ do not begin to describe what happened to López. A teenager with rudimentary knowledge of a fair legal system would have found the charges brought against him absurd. López wouldn’t be in jail if Venezuela were a democratic nation,” said Javier El-Hage, chief legal officer of HRF.

In February 2014, after the regime of President Nicolas Maduro ordered his arrest, Lopez led a peaceful demonstration of thousands at which he turned himself in.

Lopez, a left-of-center social democrat, has received the support of Spain’s Socialist former prime minister Felipe Gonzalez, who in June was denied an opportunity to visit Lopez in prison or to attend his trial.

Last November envoys of the Socialist International were also prevented from visiting the imprisoned opposition leader. The head of the delegation, the Chilean socialist José Antonio Viera-Gallo, said, “The charges against [Lopez] have no legal basis.”

As for Jeremy Corbyn, he, um, well, never mind…

This touching exchange between Corbyn and Maduro on the death of Tony Benn occurred two months after the arrest of Lopez: