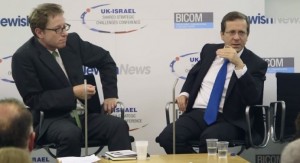 Alan Mendoza on the new special relationship: The British Conservative Party and Israel

Michael Walzer’s ‘Islamism and the Left’: a roundtable discussion

Joel Braunold on making peace from below

Gabriel Weimann on Cyberspace and Terrorism

Michael Herzog on the Iran-P5+1 Talks

Elhanan Miller on Gaza One Year On

PLUS WATCH videos of every session of the recent Jewish News-BICOM ‘UK/Israel Shared Strategic Challenges 2015’ Conference. INCLUDING:

A speech by former IDF Chief of Staff and Defence Minister Shaul Mofaz at the the BICOM-Jewish News ‘UK/Israel Shared Strategic Challenges Conference’.

‘For anyone interested in Israel and its neighbourhood, Fathom is certainly one of the very best sources – thoughtful, excellently informed and fully reliable.’ Dr Alex Yacobson, Associate Professor of Ancient History at the Department of History at the Hebrew University of Jerusalem.