The deciding factor in this election was the emergence of the People’s Democratic Party, or HDP, which came in fourth with 12 percent of the vote. For a political party to enter Turkey’s parliament, it has to pass a threshold of 10 percent of the total vote. The HDP did so and will command an estimated 78 seats in the 550-seat legislature, mostly won at the expense of the AKP.
…..
“From now on, HDP is Turkey’s party. HDP is Turkey, Turkey is HDP,” the party’s leader, Selahattin Demirtas, said Sunday evening at a news conference in Istanbul.

The party framed itself as a leftist movement for all Turks and boasted a diverse slate of parliamentary candidates, including representatives of virtually all of Turkey’s major ethnic groups, a large number of women and the nation’s first openly gay candidate.

Alec adds: Night at the Museum. 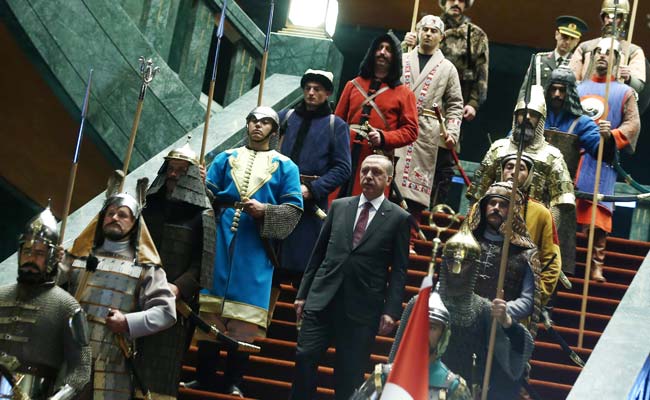