So this is how it ends, not with a bang but a whimper.

In response to the Conservative General Election victory, ‘anti-austerity’ protesters vandalized the Monument to the Women of World War II in Whitehall. Steerpike at the Spectator notes the response by voice for a generation, Laurie Penny.

All on the 70th Anniversary of VE Day. 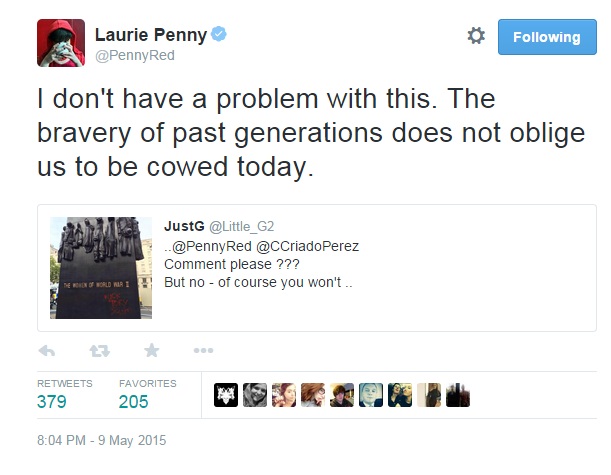 After various appalled responses she expanded on this snub to real feminists: 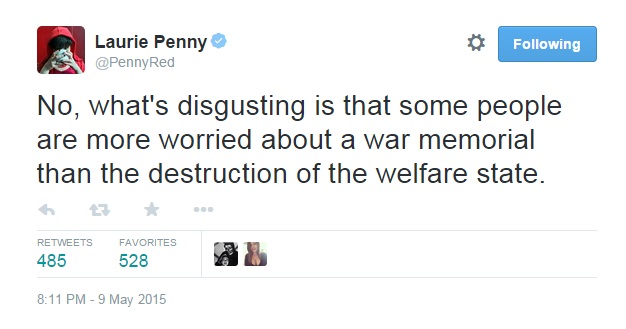 Then, to support her assessment that some policies were so appalling that the violation of the sanctity of war memorials was apposite came Charlie Gilmour (yes, that Charlie Gilmour): 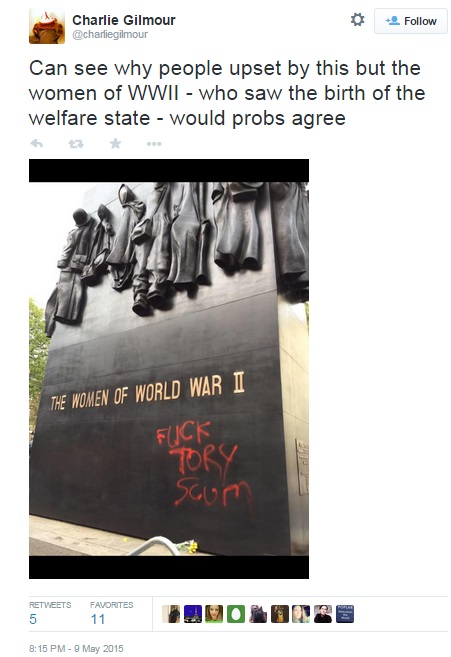 For anyone worried that Penny was now no longer the most ridiculous person in the room, she cited her dead grandmother, Marta Penny GC (1927-2009): 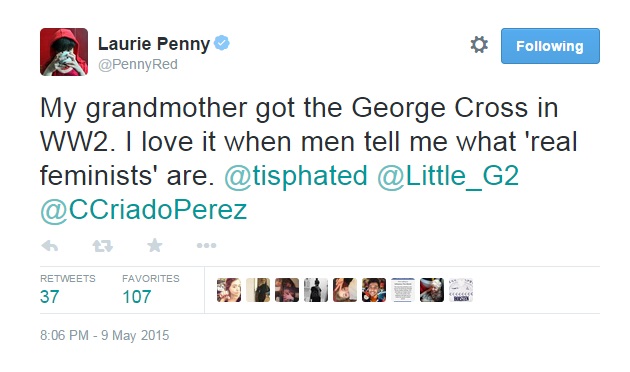 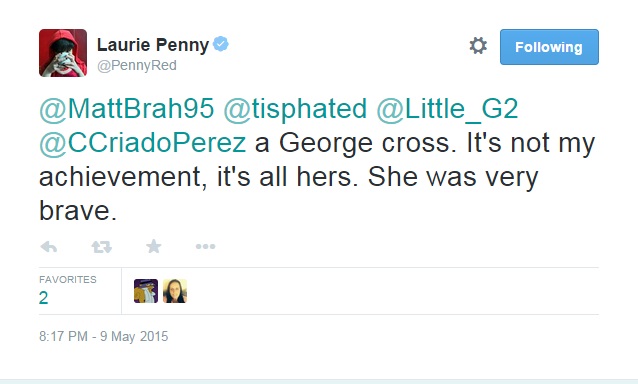 Except that is not true, is it? There were only three direct female recipients of the George Cross during the Second World war: Odette Hallows; Noor Khan; Violette Szabo. Only Hallows survived thus being potentially able to have had Penny’s mummy; although she did not. In the early stages, Daphne Pearson received the Empire Gallantry Medal which was translated into the George Cross, and she too survived; although she was not Penny’s nanna either.

It is worth noting that Marta Penny was living on Malta at the time, which was collectively awarded the George Cross. Still, at least she has a better grasp of military history than Gilmour. No banana, though.

Update: Lamia in the comments points us to Penny’s confirming it was indeed the collective award to the Maltese.

Update 2: Evert shows us that she has a relative for every eventuality.

Some Catholics upset by my Pope article. I'm not speaking from ignorance. My mum's family aren't just Catholic, they're Maltese Catholic.

Update 3: Arthur Francis reminds us that she firewalls each relative from each eventuality:

Why has my wikipedia page been amended to stress that I'm 'of Jewish descent'? I'm also of Irish and Maltese descent- is that unimportant?

Her Jewishness is strictly for anti-Israel schtick only when she is applying for the Gerald Kaufman Award.