Hamas’s key demand – without which they will not agree to a ceasefire – is the lifting of the blockade of Gaza. The term ‘blockade’ is used glibly, including by the media, and it is never really spelled out what it means. It means essentially that Israel open her borders with Gaza allowing free movement in and out of the strip. I would suggest to those here in the west supporting such a call – throwing around rhetoric about ‘the largest prison camp in the world’ – that the UK and the US open its borders with Gaza, but I’m concerned that many would be stupid enough to think it was a good idea!

So much is in the media today outlining the awful effects of the blockade on the people of Gaza that no one remembers – or at least they don’t appear to care – what life was like before the imposition of economic sanctions and the blockade of Gaza in 2006/7. Not for Palestinians, but for Israelis.

Following the withdrawal of Israel from Gaza in 2005, Hamas took over running the strip. The Israeli withdrawal did not ease tensions – as the world naively always insisted it would – but rather gave Hamas and Islamic Jihad (sometime with the help of Fatah) the resources to continue mounting a catastrophic series of suicide bomb attacks against Israeli civilians including (some might say, especially) women and children.

I won’t catalogue every attack  as I had planed to because, depressingly, there were far more than I remembered. Conveniently, someone has done all the homework on Wikipedia. Suffice it to say that in the first five years of the new millennium, there were more than 140 suicide and car bomb attacks in Israel killing more than 600 people. and injuring many more. That is in just five years.

The blockade has been very effective in reducing such attacks. Those who call on Israel to lift the blockade on Gaza are essentially asking it to return to life like this. This is what happens when Hamas and its supporters in Gaza can come and go freely.

This was life before the blockade: 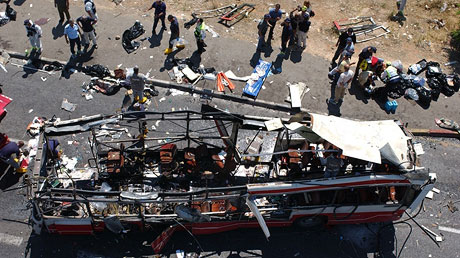 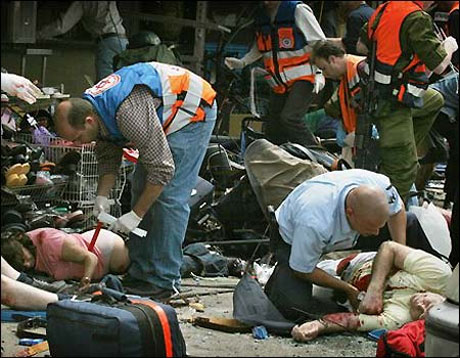 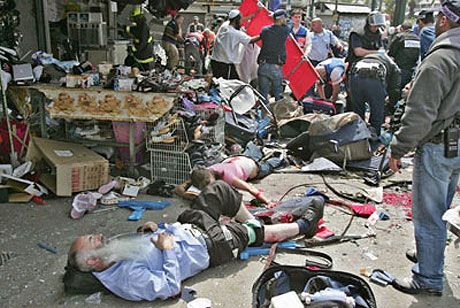 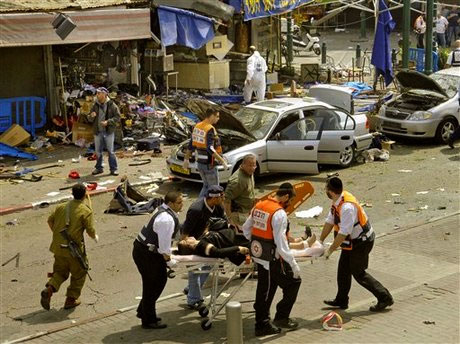 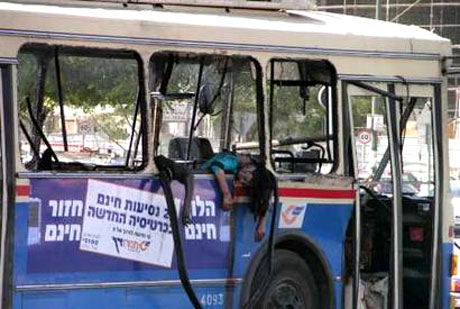 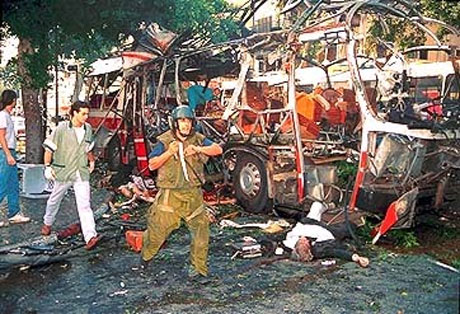 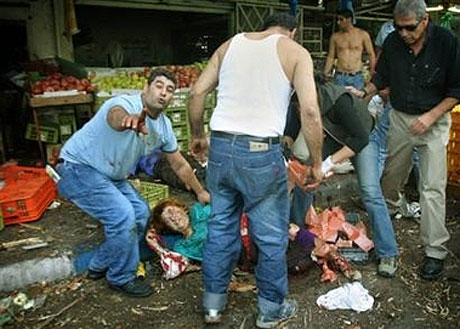 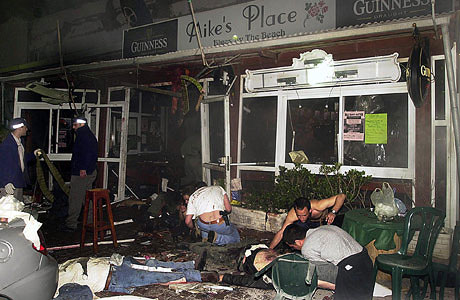 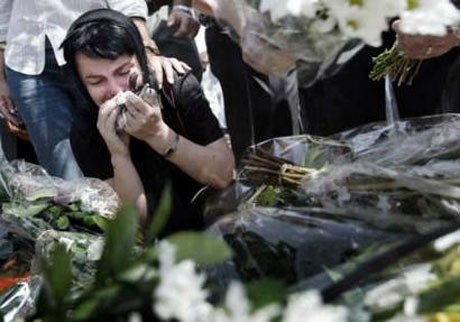 Hamas will not accept a ceasefire unless this blockade is lifted and they’re free to come and go into Israel. It is perfectly obvious why they want this. People who support them in this demand are either too stupid to see the obvious, or unconcerned about the lives of Israeli citizens.

Whatever the case. the people of Gaza are behind Hamas and would like to see the scenes above revisited on Israel. As much sympathy as the images of suffering splashed on our TV and computer screens is likely to generate, the fact harsh truth is that Gazans are only suffering because they could not contain their desire to kill and injure the Jews across the border.