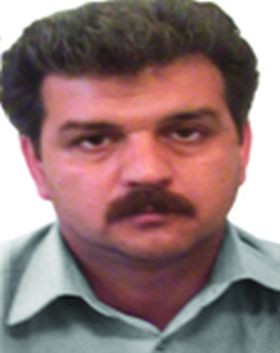 Although Mansour Osanloo, the seriously ill leader of the Tehran bus workers’ union, was released by the Iranian regime in 2011 after years of imprisonment, news now comes of another outrage against trade union and human rights in the Islamic Republic.

The International Alliance in Support of Workers in Iran reports:

Reza Shahabi has now been sentenced to 6 years imprisonment by Judge Salavati in Branch 15 of Tehran’s “Islamic Revolutionary Court”, after being incarcerated and persecuted for more than 22 months.

This sentence includes a year’s prison sentence on charges of “propaganda activities against the system” and five years in prison on false charges of “conspiracy with the intention of acting against national security”. The false accusations under which Shahabi has been sentenced demonstrate the anti-working class nature of the judicial system. Reza Shahabi’s only crime is defending the rights of workers and his colleagues. Given the very serious situation, even the prison official’s coroner has prompted protests and warnings; every day of incarceration for Reza Shahabi is nothing but physical torture.

Also in this Judgment, Reza Shahabi, a bus worker, Executive Board member and Treasurer of the Syndicate of Workers of Tehran Vahed Bus Company, has been prohibited from all union activities for five years, which simply means an attempt to silence this active and noble human being.

Adding insult to injury to this anti-worker sentence, Reza Shahabi has also been sentenced to pay a fine of seven million Tomans into the state coffers. This is the sum of money collected from many workers (whose names are documented on websites), which was given by Reza, as a trustee to the families of imprisoned workers.

Can someone in the UK ask their MP to:

a) sponsor an Early Day Motion demanding the immediate release of Shahabi and all other imprisoned trade unionists in Iran; and

b) send it to MP George Galloway for his signature?

Let’s see how much distance Galloway is willing to put between himself and his anti-working class employers in the Iranian regime.

One can only fantasize about what Mansour Osanloo and Reza Shahabi would have to say to this great Champion of the People if they ever get the chance.