Unite Against Fascism is a front organisation which is run by the far Left Socialist Workers’ Party, in concert with Socialist Action, an entryist incarnation of the International Marxist Group.

It is holding a conference on Saturday 15  October, called Celebrate diversity, defend multiculturalism, oppose Islamophobia and racism. A list of speakers can be viewed on the Socialist Action website:

Readers will be familiar with many of the names on this list. Let’s pick a few of them out, shall we?

Martin Smith was formerly National Secretary of the Socialist Workers Party. According to Andy Newman of Socialist Unity, he was forced to resign from that post because he was “sexually harassing a woman SWP member in Birmingham over a prolonged period“. He is also a convicted criminal.

He runs “Love Music Hate Racism” – the obvious job for a man who was the driving force behind the partnership between the SWP and the antisemite and Holocaust “revisionist”, Gilad Atzmon. Indeed, they appeared together as a double act: 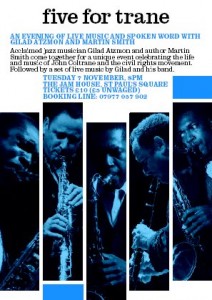 The SWP has defended Atzmon from charges of antisemitism. It has now removed that statement from its website, but has not publicly amended its judgement of this racist.

Weymann Bennett who is the Joint National Secretary of UAF famously demanded that Israeli Jews ’should go back to where they came from … New York or wherever’.

Dilowar Khan, Director, London Muslim Centre is the public face of an organisation which has hosted a series of vicious homophobic and antisemitic hate preachers, including the late Al Qaeda leader, Anwar Al Awlaki. His institution is aligned with the South Asian fascist party, Jamaat-e-Islami, whose former leaders are on trial for the most horrific war crimes.

Bob Lambert is a publicist for the Muslim Brotherhood, masquerading as an academic. He has had some success pushing the view that you need to promote extremists who promise only to kill civilians abroad, in order to defeat Al Qaeda. His Board of Advisors at his Exeter outfit is funded and backed by Islamist activist Anas al-Tikriti and fugitive Hamas commander Mohammed Sawalha. Its advisors include al-Tikriti, former Palestinian Islamic Jihad operative Bashir Nafi, who has been indicted (pdf) in the United States for racketeering on behalf of the terrorist group.

Farooq Murad, Secretary General, Muslim Council of Britain: the son of Khurram Murad, the Vice Amir of Jamaat-e-Islami. He headed a slate of Jamaat-e-Islami aligned candidates which emerged at the last moment to ensure that the non-Islamist candidate, Mohammed Amin failed to take the MCB from their clique.

I’m sure that even worse people will be added to this list, before the event takes place.

These disgusting and extreme individuals will be joined on the platform by the following senior Labour Party figures:

This is beginning to look like the Labour Party in the 1980s, where party big hitters got involved with equally extreme and nasty outfits.

Labour was out of power for over a decade, as a result.