This is a cross-post from LGBT Asylum News. 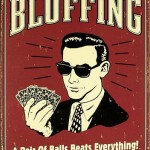 According to two journalist sources in Uganda, the infamous ‘kill gays’ bill will be revived in that nation’s parliament “within two weeks”. Other reports have said this will happen ‘by stealth’.

The journalists spoke confidentially to a longstanding contact of LGBT Asylum News from a diplomatic background and with extensive Ugandan contacts.

The contact warned that both EU and American pressure on Uganda’s leadership to stop the bill, including threats to foreign aid support in the Ugandan government’s budget, will have to be quickly revived.

In July blogger Warren Throckmorton spoke with Ugandan MP Hon. Otto Odonga who told him that the Parliament will bring back the Anti-Homosexuality (aka ‘Kill gays’) Bill (AHB) “by the end of August.”

“My sources in parliament .. [say that] because of the world wide storm [the AHB] generated it will come to the House for debate in stealth not reflected in “ the order paper” of the day.”

Izama says that Bill author and chief promoter David Bahati MP told her that the AHB would return in November.

Throckmorton says that according to Odonga, the Ugandan Parliament’s Speaker, Rebecca Kadaga, has assured MPs that the AHB will be moved ahead from the last parliament. Thus, it would be old business and could be brought forward at her discretion. Throckmorton says that Ugandan government ministers have been:

“Quietly appealing to MPs to pass the bill via letters and emails.”

The bill ran out of time in the last Parliament during May. In the final week there was much reporting that the provisions providing for the death penalty would be removed – however this did not happen.

Bahati was accused at the time of lying about the supposed removal of the death penalty provisions by long time Uganda watcher Jim Burroway.

“I asked him specifically what his plans were for the Bill. He told me that the bill will pass but would not reveal when it would be up for a vote.”

“In the year that I have come to know Bahati, I had a strong sense that he was not being forthcoming and immediately suspected that they were trying to pass it under the radar of international scrutiny. He is confident though that it will pass. The question is when. I believe we activists around the world should be making a noise about it now, as if it is happening today. “