He is a lackey of the spiv and Hamas funder George Galloway and his “Respect” party. He lauds the communist thugs who oppressed East Germany for decades. He argues against secularism. As for Islamist extremists, Newman has one question: “How high can I jump for them?” 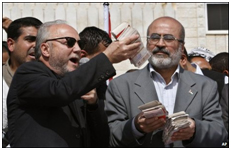 Galloway handing over cash to Ziad al Zaza of Hamas in Gaza, March 2009

In March, the political operations and agenda of the Islamic Forum of Europe (IFE) were exposed by Andrew Gilligan in a Dispatches broadcast and articles in the Sunday Telegraph.

One riposte from Socialist Unity was the republication of an article by Inayat Bunglawala, the Mr Bean of British Islamism, where he assaulted yet another strawman.

Faisal of the Spittoon blog, who is a Muslim, objected. In fact, he said, most Muslim voters in Tower Hamlets do not share the IFE’s Islamist vision. Just as Bangladeshi voters rejected the Islamist party Jamaat-e-Islami in 2008 in the elections in that country.

So what does Andy say?

Now Faisal is a simon-pure islamopbobe, he denies that there can be such a thing as democratic Islam.

I know there can be a democratic Islam, I am a Muslim and a democrat. But you are the Islamophobe. The real secular democratic supporting Muslims from Tower Hamlets made themselves known. For far too long, our voice and our support for democracy has been usurped by IFE, the new British brand for Jamaat, with the knowing help of their middle-class liberal supporters, the Guardian chatterati and the usual useful idiots from far-left.

Here is another leap. Lutfur Ali, the moonlighting assistant chief executive of Tower Hamlets council, resigned from his post three weeks ago. Stung, Socialist Unity published this disgraceful Respect leaflet. Why did Ali really step down? Not the moonlighting. Oh no:

Lutfur has been put under terrible pressure – because he is a Muslim of Bangladeshi origin and for no other reason. 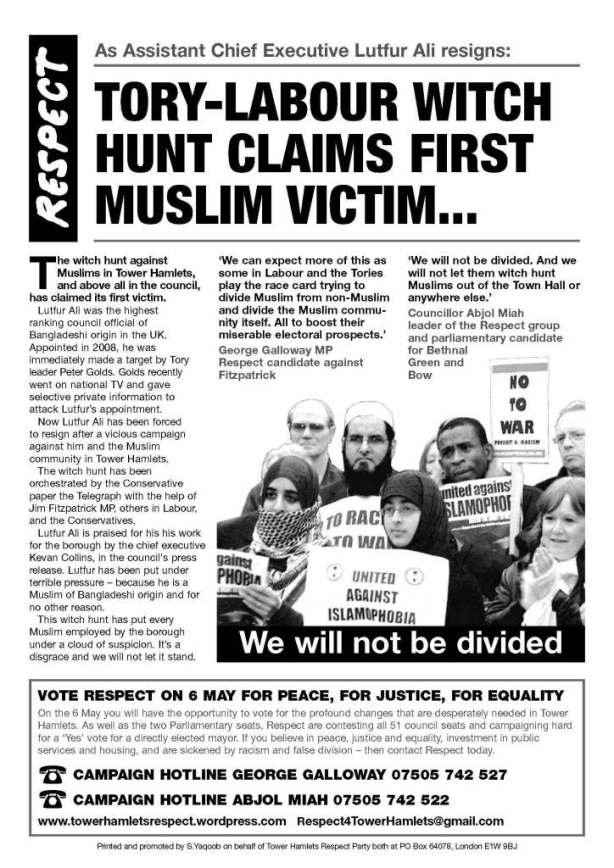 What about Jew hatred? Ah, that’s another matter. Here is Andy “victory to the Palestinians!” Newman at a demonstration against Israel in January 2009:

Can I just say one lie which keeps being overlooked is that the Israeli state claims to be acting on behalf of all Jews and this isn’t true. On Saturday, last week, there was a massive demonstration through London, and there were more Jews on that demonstration, from Britain, and Jews demonstratng around the world against the war. Ten thousand people marched through Tel Aviv, which is a predominantly Jewish city in Israel, last week, against the war.

And when the pro-Israeli people had a demonstration last Sunday in Hyde Park there were barely four thousand people on it, and a number of those were British nationalists and other far right extremists from this country. The truth is that Israel does not represent Jewish people. It represents a colonialist project in the Middle East.

“There is no hostility to Jews amongst the Palestinian people”

Ahem. From the Hamas charter:

“The Day of Judgement will not come about until Moslems fight the Jews (killing the Jews), when the Jew will hide behind stones and trees. The stones and trees will say O Moslems, O Abdulla, there is a Jew behind me, come and kill him. Only the Gharkad tree, (evidently a certain kind of tree) would not do that because it is one of the trees of the Jews.” (related by al-Bukhari and Moslem)

Hamas spokesman Ismail Radwan, who crowed that the killing of two Israeli soldiers in late March was a “gift” from Hamas to Israel, is one of the true believers:

Respect’s Galloway is challenging Labour’s Jim Fitzpatrick for his parliamentary seat. “Islamophobia” smears are the Respect campaign’s big idea. Newman is just the man to help with the grubby job.

It doesn’t look promising for Galloway. Betting shop William Hill are currently offering these odds for Poplar and Limehouse: 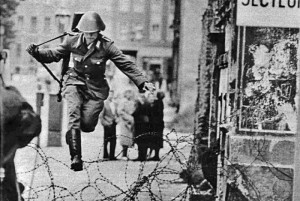