Time has come for politicians to finally take this issue as seriously as racism, anti-Semitism and homophobia.

Bari is also the chairman of the East London Mosque (ELM). This makes it obscene for him to suggest that he cares about antisemitism and homophobia. The mosque and its London Muslim Centre (LMC) have hosted one Jew and gay hater after another for years on end.

Uthman “we hate homosexuality” Lateef is one of them.

Now the East London Mosque did assure us it us that it holds to “values of moderation and tolerance” after the Dispatches broadcast.

So is Mr Lateef no longer welcome? Oh. He’ll be back in April for a “sisters only” event titled “Towards a Righteous Ummah”.

Let’s take a closer look at Mr Lateef, who is a regular on university Islamic society circuits as well as at the ELM-LMC.

Notably, he worked with fans of al Qaeda preacher Anwar al Awlaki well into 2009, when Awlaki’s vicious hatred had been on display for years for all to see and there was absolutely no doubt whatsoever that he was promoting terrorism.

For example, Lateef was one of the speakers at the “End of Time” event at the LMC on January 1 2009, where star turn Awlaki delivered a speech and answered questions via video link from Yemen. The other speakers were extremists Murtaza Khan and Khalid Yasin. 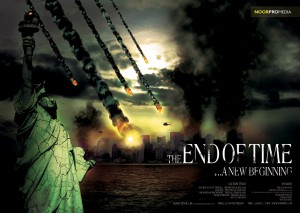 In April 2009 Lateef spoke at another Awlaki video link event at the Brady Centre in East London, a public sector facility. Despite opposition from critics of Awlaki, Tower Hamlets council let the event go ahead. Once again Murtaza Khan was a fellow speaker with Lateef and Awlaki.

The al Wasatiyyah Foundation, a fly-by-night London support operation for Awlaki, still lists Lateef as one of its three teachers. The other two are Awlaki and Murtaza Khan. 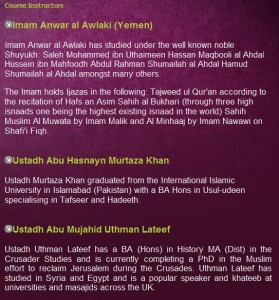 Here is a video of Lateef’s “End of Time” speech at the LMC. He encourages Muslims to see themselves as cosmically threatened in a time that is nothing less than apocalyptic.

Lateef disparages Muslims who seek reform in Islam and work with governments. They are among the enemies of Islam – tools of deception, kuffars, and bound for hellfire:

Brothers, if we are teaching the way of life of the disbelievers, of the kuffar, Allah will bring humiliation upon us. If we are seeking this name and fame, and to be pranced around the world as some kind of government spokesmen and representatives, speaking about this reformed and redefined and repackaged Islam, Allah will bring humiliation upon people like that. And be careful. Because people will be in that condition, that they will wake up as muqimeen (believers) but they will go to sleep as kuffars. And they will go to sleep as muqimeen and they will wake up as kuffars. Because we live in a time of deception. [12:00]

If Mr Bari is so concerned about anti-Muslim bigotry, when will he challenge the offensive takfiris (people who declare other Muslims apostates)? Lateef and other takfiris are regularly welcomed in his own mosque and conference centre.

Secularism too is an end times evil:

Here, Mr Lateef says, is another sign of the end times:

Aren’t we seeing that people are sending armies across the land and across the sea to drop bombs on innocent and defenceless people?

Yes, the foreign allies of the Afghan army are only in the country to bomb innocent people. Perhaps Mr Lateef could arrange an Afghan lecture tour? He needs to set the Afghans straight. According to a new poll, they fail to recognise that they are hapless victims of kuffar agents of the apocalypse and the Taliban really need a hand:

16. From today’s perspective, do you think it was very good, mostly good, mostly bad or very bad that U.S. military forces came into our country to bring down the Taliban government in 2001?

Or perhaps he could lecture Iraqi Kurds, many of whom have been tricked by the kuffar, as have quite a few Iraqi Shias:

Where would an end times lecture be without the Jews? Here they are, as Lateef reads a hadith anyway, being assaulted by the Palestinians. You see, fighting the Yahood greatly honours Allah:

There will always remain a party from my [Mohammed’s] ummah, a group from my ummah, who will fight for the truth. Who are always engaging, struggling, fighting for the truth. And they are manifest upon that, clear upon that, evident upon that, until the end of time. In several hadith, he was asked, where are those people, he said in and around Jerusalem. May Allah give aid and support to those who are struggling in Palestine at this moment in time, may Allah give them victory, like Allah gave victory at [the battle of] Badr, for them and for the Muslims in other places. [24:00]

Further ahead, in the context of an end times lecture meant as a lesson for today, and without even a nod to the danger of how this tale may be interpreted in London, Lateef rolls out the diabolical Jew:

Has Lateef ever acknowledged the contribution of the Ayatollah Khomeini and his successors to staving off Armageddon? It is estimated that since 1979 the number of Jews in Iran has halved to under 40,000.

Moving on, the end is actually a joyous time, for even Rome will be won for Muslims:

Then you will conquer Rome and Allah will grant that to you. [25:00]
…
The Muslims will take for their army a people. Not the Joe Bloggs of humanity. A people who will have a resolve and they will fight for death, they will fight to die, for martyrdom in Allah’s cause, for victory, not to come back as losers.

He follows this with a description of a war of mass slaughter so horrific that birds flying over the battlefields will simply drop dead. That’s OK, because this is the outcome:

The Muslims will be holding the spoils of war in their hands.

Naturally Lateef has joined in the agitation about Aafia Siddiqui. She was tried in open court in the US and found guilty of the attempted murder of US soldiers and officials in Afghanistan. She also hates Jews. So of course she is innocent, don’t you know, and campaigning for her is a must.

Here is Lateef at an Aafia Siddiqui event sponsored by the Muslim Prisoner Support Group. It is a charity which has had two terrorists for trustees: Abbas Taj, one of the trio that tried to burn the would-be publisher of Jewel of Medina and his family to death, and Mohammed Al Ghabra, an al Qaeda operative.

This time Lateef’s fellow speaker was Usman Ali. He is a former member of al Muhajiroun. In 2006 he was arrested and held for six days for suspected links to a Canadian terrorist plot. He was not charged. This is what some Muslims make of him:

The 30-year-old British born preacher was banned for life from entering his local mosque in Woolwich after trustees won a county court injunction against him in January.

It was an unprecedented step and cost the mosque £30,000.

BBC London has seen the judge’s order on the case and found that Ali had shown a video to children in the mosque containing clips of planes flying into the world trade centre during which he chanted “God is great”. 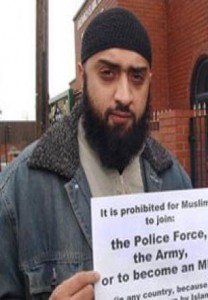 What a perfect fellow campaigner for Lateef. Perhaps he could bring Ali along in April to that bastion of “moderation and tolerance”, the East London Mosque?