Very few of you can have missed the following story:

The student who appeared to shout “Slaughter the Jews” at Israeli minister Danny Ayalon has claimed the Deputy Foreign minister misunderstood his Arabic.

But Mr Rashid claimed that he had in fact shouted “Khaybar ya Yahod”, a classic Arabic battle cry referring to a seventh-century attack by Mohammed on the Jewish community in Khaybar where the Jews were conquered and made to pay half of their income to the Muslim population.

They were finally expelled by a successive Muslim ruler, Caliph Omar.

So, let’s get this straight.

Noor Rashid was heard to shout “Kill the Jews”

No no no, responds Noor Rashid. He merely wished to remind Jews of the way that Muslims, led by Mohammed, used to conquer, kill and dominate Jews.

Whether the word was “Khaybar” or “Itbah”, the meaning was essentially the same. Except the “Khaybar” version brings in Mohammed to endorse the killing and enslavement of Jews by Muslims.

In other words, Noor Rashid has admitted to shouting something even worse than “Kill the Jews”.

Mr Rashid said: “My version went: ‘Khaybar, O Jews, we will win’. This is in classical, Koranic Arabic and I doubt that apart from picking up on the word ‘Jew’, that even the Arabic speakers in the room would have understood the phrase.

“As you can see, I made no reference to killing Jews. It carries absolutely no derogatory or secondary meanings.”

Indeed. The message it carries is not derogatory. It is worse than that. “Khaybar ya Yahood” is a religiously backed threat to repeat a slaughter of Jews.

But you know what? I don’t believe he did shout “Khaybar” rather than “Itbah”. I think he is lying in a pathetic attempt to save his own skin.

Mr Rashid said he believed the words ‘Jew’ and ‘Israeli’ were interchangeable terms.

“I express the deepest regret if my remarks were misunderstood or misheard to mean anything that even comes close to encouraging the slaughter of innocents. I will be writing letters to all my Jewish friends to express my sincere apologies, and also to clarify my remarks.”

Yeah, to your best friends who are Jewish.

Forgive my cynicism, but I don’t think it is unfair to suggest that there is a weasel use of the word “innocent” here.

Mark Gardner from the CST is quoted as saying:

“The police should still continue with their investigation. It is about time incitement was treated as such. We are very quick to charge neo-Nazis with incitement, which is right of course, but there appears to be an increasing distinct double standard.”

We will see. I fully expect the CPS to prosecute, and for Teddy Hall to expel Noor Rashid.

What Noor Rashid did was the equivalent of the fascists who taunt black students and Professors with nooses. It was a reminder of past murder and subjection, wrapped up in a promise that it will be revisited on Jews.

Where, can I ask, are the anti-racist groups?

Where is Unite Against Fascism, for example? Surely the Socialist Workers’ Party is even now planning a mass demonstration of solidarity?

No, of course they’re not. I have myself been on demonstrations at which crowds of aggressive young men have chanted both “Khaybar ya Yahood” and “Itbah ya Yahood”, while the SWP and the various other far Left groups marched alongside them.

Let’s be frank about this.

There is, within a section of Muslim opinion in this country, an open, religiously endorsed, genocidal hatred of Jews. It is unashamed and unabashed. Most importantly, it is almost entirely unchallenged.

Much of this incitement comes from British ISOCs. It is wholly unsurprising that four presidents of ISOCs have been charged with terrorist offences in this country. Three have been convicted. One is awaiting retrial.  ISOCs tour hate speakers around British universities. When this is pointed out, University administrations respond by focusing on freedom of expression, without ever acknowledging the dangers presented by the propagation of racial hatred by extreme advocates of terrorism and theocracy. Students’ Unions, by contrast, respond by warning against Islamophobia.

It therefore comes as absolutely no surprise to discover that Noor Rashid is the ISOC Representative for Teddy Hall.

This is a picture from a Facebook page of a Noor Rashid who is a second year at Oxford, with friends from St Edmund’s Hall, and who attended the Oxford Union debate in question. 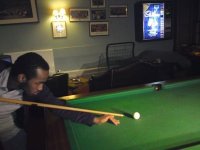 “Beneath a veneer of sanity lies a huge unlubricated monster-cock of anger, frustration, insecurity and vacuity.

You can say that again.

He is a Facebook “fan” of George Galloway, and the foul racist Sheikh Sudais. Alongside Lucy Liu and Bruno.

He seems to have got himself into a bit of a twist: 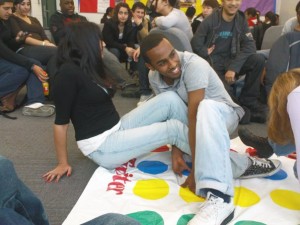