Well, at least its religious affairs correspondent, Rizaad Butt, does:

The sheikh has never publicly apologised for, denied attribution of or renounced the views exposed in the Panorama programme, yet over the years he has acquired the mantle of peacemaker and interfaith leader. A little clarification from him and his supporters would go a long way. He has been banned from entering Canada and attempts have been made to restrict his movements in the US. So why no uproar in the UK? It is either that people have forgotten what he has said or that they are willing to overlook it and concentrate on his more palatable condemnations of suicide bombings and extremism. Whatever the reason, his feting by Muslims and non-Muslims alike is no cause for celebration, just confusion. 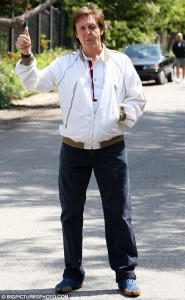