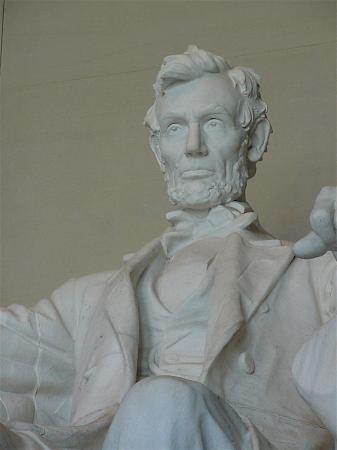 On the 200th anniversary of his birth today, there’s a lot I could say about the 16th president of the United States– a decent but melancholy man and a canny politician who, in some ways against his will, did some of the greatest things anyone has ever done. But I’ve long been struck by the awesome power of Abraham Lincoln’s words– the poetic prose written by a one-time farm boy with less than a year of formal education.

From his first inaugural address, when he was still hoping somehow to head off a civil war he surely knew was coming:

Though passion may have strained it must not break our bonds of affection. The mystic chords of memory, stretching from every battlefield and patriot grave to every living heart and hearthstone all over this broad land, will yet swell the chorus of the Union, when again touched, as surely they will be, by the better angels of our nature.

In that speech, Lincoln stated his willingness to tolerate slavery where it existed if it would preserve the union. By the time of his second inaugural address four years later, hardened by years of bloody conflict that was approaching an end, Lincoln had grasped fully the wretched evil of slavery. Although he was not a traditional Christian, he spoke like a righteous Biblical prophet in affirming his intention to destroy that evil. Even a non-religious type like me can’t help feeling a chill as I read those awful (in the original sense of “commanding awe”) words:

Fondly do we hope, fervently do we pray, that this mighty scourge of war may speedily pass away. Yet, if God wills that it continue until all the wealth piled by the bondsman’s two hundred and fifty years of unrequited toil shall be sunk, and until every drop of blood drawn with the lash shall be paid by another drawn with the sword, as was said three thousand years ago, so still it must be said “the judgments of the Lord are true and righteous altogether.”

Nonetheless he finished with a hope for conciliation:

With malice toward none, with charity for all, with firmness in the right as God gives us to see the right, let us strive on to finish the work we are in, to bind up the nation’s wounds, to care for him who shall have borne the battle and for his widow and his orphan, to do all which may achieve and cherish a just and lasting peace among ourselves and with all nations.

A little more than a month later, the Confederacy had surrendered and he was dead of an assassin’s bullet.