Lemme off this boat!

It’s entirely likely some of the people on The Nation magazine’s annual cruise will have thoughtful, interesting and witty things to say (although Molly Ivins’s shtick wore thin for me a number of years ago). And if he brings his guitar, Steve Earle will probably play some good songs. But Scott Ritter? The same Scott Ritter who told us President Bush had “signed off” on plans to attack Iran in June 2005? The same Scott Ritter who said John Bolton, the U.S. ambassador to the United Nations, “will deliver a speech that has already been written. It says America cannot allow Iran to threaten the United States and we must unilaterally defend ourselves,” and then claimed to have learned this from Bolton’s speechwriter?

I think we’re teetering on the edge of moonbattery here.

The Nation is among the American political magazines that sponsor cruises for their readers. If you don’t like their lineup, you can sign up for a week at sea with William F. Buckley Jr, Victor Davis Hanson, Milton Friedman and Bernard Lewis on The National Review cruise.

A cruise for Harry’s Place readers? Well, now that you mention it, I’ve given it some thought (for at least two or three minutes). Two deal-breaking conditions for me, though:

The captain has to look, talk and behave exactly like the one on “The Simpsons.” 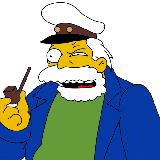 And the ship has to come equipped with a plank– in case we, y’know, need it. 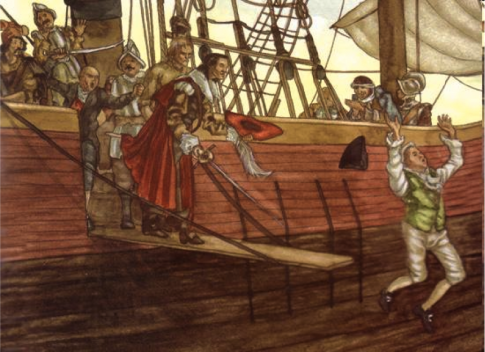