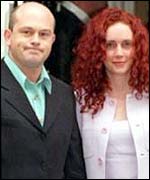 UPDATE 2: Oh no – now Steve McFadden’s girlfriend has been arrested too!!!!

“Police say they are not yet connecting the two incidents. “

Is this a set up: to do with whipping up press interest in the Sun’s anti-domestic violence campaign?