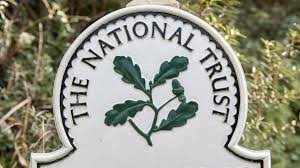 The Annual General Meeting of the National Trust 2022 has just been held in Bath and surrounded less by the Regency magnificence that was slavery-financed 18th century dalliance and pleasure, than politely bitter 21st century controversy.

In recent years the National Trust (hereafter NT) has gone from being a typically middle-class English institution, dowdy, earnest and decent, dropped through a trapdoor into a decidedly progressive confrontational posture, leaning heavily on contemporary media thinking, dumping scholarly considerations of architectural detail and provenance or simply keeping these places repaired, to the broader brush of emerging social issues. It’s gone woke. The new management has linked arms with the metro elite’s passion for rejecting the culture and society that has created it. This has consequences for the NT’s massive holdings of historic houses, objects and landscapes. These were openly declared to have ‘issues’, issues devolving from said Englishness and, particularly, inherently, as always, institutional racism. Very woke.

The NT’s Interim Report on the Connections between Colonialism and Properties now in the Care of the National Trust, Including Links with Historic Slavery was published in September 2022. It was welcomed by The Guardian; less so the Telegraph. It sparked a debate in the press about how far the NT should move away from its core aims, set out clearly by the founders, to preserve and protect, share and enjoy. The 2020 killing of a Afro-American 3,500 miles away inevitably migrated into the report’s orbit given the receptive climate of progressive opinion in the UK media. The division of opinion regarding the NT’s continuing purpose was quickly set in stone; if you supported the NT’s quest to uncover uncomfortable truths (i.e. do something it was never charged or equipped so to do) you were on the left and the good side; questioning, on the far right, the bad side. Not simply right. Far right. 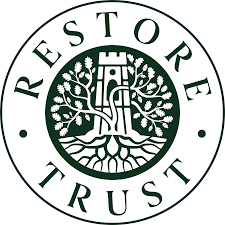 Restore Trust, (hereafter RT) a membership pressure group (dramatically termed ‘insurgents’ in some progressive left press reports) came about as result of these frequently heated debates that pre-date the Report’s publication but were previously introduced in the NT’s public statements.  Its approach (in contrast the NT’s acquired flash mob media supporters) is reasoned and constructive criticism.

2021 was RT’s first opportunity to challenge the NT over its policies, policies that have including sacking specialist staff, replacing them with under informed substitutes, itself a threat to precious and priceless holdings; and failing to nurture volunteers, increasingly by reports being turned in to greeters at a fun palace of childish distractions. Its first attempts to rectify these concerns with motions set before the membership at that AGM were voted down by the Chair’s proxy vote. Both would have otherwise passed.

This year the campaign by RT has had more time to organise and disseminate its message. It put up more candidates to serve on the NT Council and two motions, one to appoint an independent Ombudsman to oversee National Trust decision making (e.g. not to spend insurance money on rebuilding the Grade I Clandon House, partially destroyed by fire)  and to end the proxy vote system. Both failed to gain support as also did the seven individuals proposed for election by RT to secure places on the NT governing Council.

A summary of the results of resolutions voting are as follows, with a detailed breakdown here: (The two motions submitted by Restore Trust are marked with an asterisk *. Emphasis in bold added)

(The number of proxy votes cast is not given. Restore Trust’s membership is cited as 6,100 by friend and foe alike.) These votes give an indication of the size of the constituency that is upset with the NT’s management and while still a minority, they are a substantive minority.

The NT has never reacted neutrally to this grassroots-based challenge its wokist agenda; instead it criticised RT for taking ‘paid advertisements’ to attract support for its campaign from NT rank and file members. Articles in the Guardian since the campaign began have pumped the NT line on its quest to expose (sic) inherent racism in English country houses and landscapes while also accusing RT of being an ‘insurgency’ led by far right figures. Under the national Trust Twitter account, aggressive comments on the AGM allege a now typical conspiracy of  shadowy, far-right organisations  financing RT while the activists, including BLM activists, working for the NT are not similarly accused of an agenda. Shades of Brexit! (Some of those abusing RT on Twitter have anti-Brexit motifs added alongside their screen names; not wrong in any sense, but significant none the less).

Should every public institution in this country become a lecture theatre where the country’s past is dissected and its present inhabitants’ noses rubbed in the dirt for wanting to have a day out? Every building, object or prospect labelled with straight-faced accounts of criminality: that façade, that vase, those paintings, a view – remind you of something? Something you did? Will that make us all feel better, confident, enabled?

So it proceeds. A succession of British institutions covering not just proto-Woke receptive professions – social work, teaching, the law, etc., etc,. but now others have begun to cave in. Seemingly there are no aspects of our national life beyond its reach. Just as obviously we who are unwoke cannot assume matters will rest there. Domestic policy, the police, defence then foreign policy – silencing any but the approved, truncated, uneducated, dumbed down, public discourse.