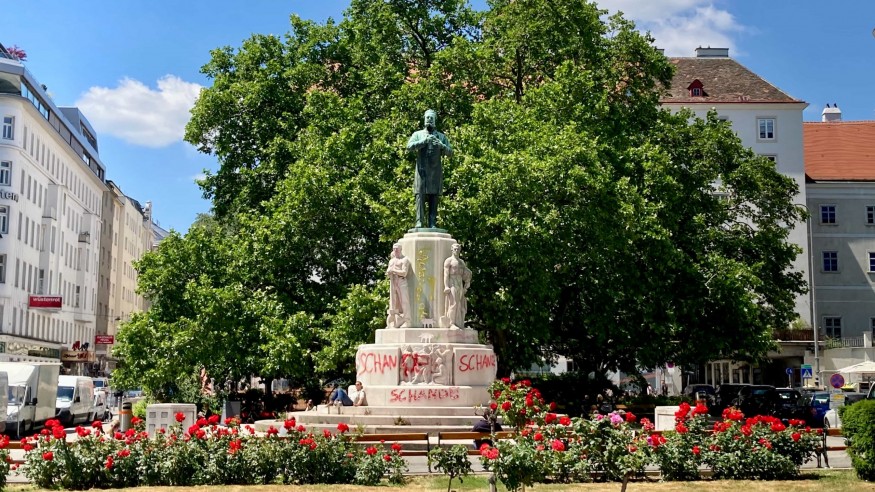 In Vienna, the debate is once again about Karl Lueger, who as mayor (1897-1910) was both a major contributor to the renewal of the Monarchy’s capital and the most antisemitic politician in the history of the Monarchy. Emperor Franz Joseph confirmed Lueger as mayor of Vienna only after his fourth election, because he wanted to protect the city from anti-Semitic leadership.

Until 1945, the University of Vienna was a hotspot of Jew-hatred, with Nazi professors still teaching there in the 1950s and 1960s. One Nazi professor was still mocking Jews in 1965. Because of this inglorious past, the university was uncomfortable with the name Karl-Lueger-Ring. The city changed the name to Universitätsring in 2012.

Ten years later, Michael Ludwig, the mayor of Vienna, received a letter signed by prominent signatories such as Nobel laureate Eric Kandel. After endless debates, the signatories want to see action, saying they “find it painful that one of the most outspoken anti-Semites of the 19th and 20th centuries is still revered in the heart of Vienna.” Indeed, a statue of Lueger erected in 1926 under a Social Democrat mayor still stands and the square still bears his name.

Speaking on this issue, Oliver Rathkolb, head of the Department of Contemporary History at the University of Vienna, was clearly in favour of preserving the monument, unlike some of his colleagues. &quot;The simple removal of Lueger’s monument would be a bad signal in the direction of apparent political correctness in the present; on the contrary, it would be the beginning of a Cancel Culture, because then the next step would be to ban anti-Semitic Lueger quotes in academic publications and suggest an ideal world, which unfortunately is not so ideal – quite the contrary&quot;. Instead, he argues that Lueger is “part of a self-critical democratic politics of remembrance”; “to simply remove him is a bad signal: he must remain part of our history…” The social-democrat-led city of Vienna has therefore decided to keep the statue, permanently making changes around the controversial Karl Lueger memorial. The implementation by artists of the corresponding concept will start in 2023. Markus Figl, the conservative chief of the Inner City district, supports this concept and the city’s position. “And we must face these dark sides, not embellish them.”

It is precisely for this reason that in 2021, the Austrian conservative-green government published a 184-page National Strategy for “Preventing and Combating Anti-Semitism in All its Forms.” “A strategy against anti-Semitism is more relevant and necessary today than ever before.” The aim is to implement a culture of values based on enlightenment. This would be served by finally publishing in German Richard S. Geehr’s Karl Lueger: Mayor of Fin de Siècle Vienna. In it one can find Lueger’s speeches in the Reichstag [parliament] in which he showed his extreme hatred of Jews, for example when he pronounced the blood libel.

Education is more effective against Jew-hatred than the removal of a monument.