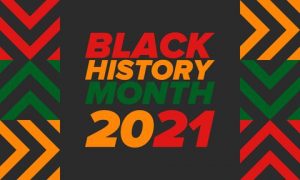 Here in the UK, we are experiencing the annual Black History Month, with most of the mainstream media (MSM) enthusiastically devoting time and space to the project. Major retailers are getting in on the act. It sells.

A few days ago, the widely respected black cultural commentator Trevor Phillips had a lengthy piece in The Times recommending certain books and films which, he argued, represented authentic accounts of the black experience which should be read/viewed by all those wanting to understand it. The message was ‘educate yourself’. His mission seemed to be to tell ‘not blacks’ how to do it.

This prompted very many BTL posts, all of which were eager to agree with Mr Phillips and offer their own recommendations.

Personally, I want to read well written literature, irrespective of the skin colour or ethnicity of the author.

So for example if I read a novel whose central character is someone I seem to have little in common with, or whose life I know little about, or who lives in a far away land —-the quality of the writing, if it’s good, and my imagination, will enable me to engage with the character, and I will be involved with the development of the story.

Arvind Adiga’s White Tiger springs to mind. The novel ‘The Remains of the Day’ – written by a Japanese author – expertly brought to life the fading and degenerate elements of pre-WW2 British aristocracy, in a way that could be understood by readers in faraway lands who otherwise had no knowledge of stiff upper lips or British country houses and their history. The film was good, too.

I don’t want to read a novel whose main purpose is to educate me, or tell me what the author thinks I should know, because of some deficiency on my part. A deficiency which, in this case, arises as a result of my skin colour, apparently

Isn’t it a bit trite – and possibly racist – to assume that everyone who is ‘not white’ must by definition have the same experiences, the same hopes and difficulties ? What on earth do they have in common other than being ‘not white’? What about the assumption that someone who happens to be white is ignorant about racism ? Or that somehow a novel which may involve black characters can only, indeed must, be written by someone who is ‘not white’ otherwise it will not be authentic?

Indeed, Trevor Phillips seems to anticipate some of these questions, when he begins the piece by stating ‘in truth there is no single “ black history”’. I agree, so far , so good.

He does take aim at race grievance mongers such as Robin Di Angelo, and wonders at the utility of a British Black History month, sidestepping his own doubts with the hope that “a fair crack of the whip, without having to spend time reliving the torn flesh of the past” will be helpful to the Black community. If Trevor Phillips doesn’t particularly seem convinced that a Black History month is necessary, why should any one else?

Trevor Phillips goes on to object to a BBC presenter ‘opining that looming stagflation is the kind of thing that “makes all economists turn white” ‘ – as if that phrase was totally unacceptable. Presumably he doesn’t like the idea of people blanching.

He goes on to recommend various books and films, the quality of which I am not able to comment on, though I have seen the film ‘To Sir with Love’ and have read Toni Morrison.

But he makes some egregious comments in the process : ‘the most revealing testament to black life documents what black folk do when we aren’t having to accommodate the white gaze’

What is this white gaze?

Obviously, I must have it, because I’m white, and it must be a Bad Thing.

Although I respect Trevor Phillips and often agree with his views, I don’t know how he can get away with this. I’m not convinced that Black History Month is either necessary or useful, though it is probably a money-spinner for some of its promoters.