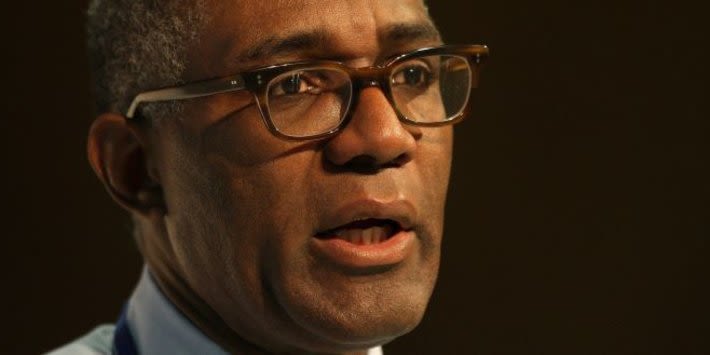 The devastation caused by Covid-19 has been unprecedented. The global community have found themselves facing new challenges every day, whether it was resisting the urge to panic buy goods such as pasta and toilet roll – or staying in lockdown – no one was expecting this to have happened. But if there is one thing that we all expected – is the “victimhood mob” seeking to control the narrative of the apparent disproportionate deaths of people from a BAME (Black, Asian, Minority Ethnic) background. This has been no more clearer than the coordinated attempt to force Public Health England to sack Trevor Phillips from its review into this.

At the time of writing, we have seen deaths from the Covid-19 reach over 26.000 in the U.K. alone. Out of those, people from BAME background appear to be disproportionately represented. Health Secretary Matt Hancock has called for a review into this and is reported to have said:

“We have seen, both across the population as a whole but in those who work in the NHS, a much higher proportion who’ve died from minority backgrounds and that really worries me.”

As part of the review, Trevor Phillips – first black president of the NUS and former chair of the Equality and Human Rights Commission – was appointed to offer his expertise to ensure the review was fair, balanced, and did justice to the victims of this deadly virus. However, his appointment on the review has caused more than just a stir. It has ignited a fierce and unrelenting campaign by the “victimhood mob” to remove him from this post.

Sayeeda Warsi, former chair of the Conservative Party and Simon Wooley, Director of Operation Black Vote have come together and issued a joint statement highlighting their concern over Phillips’ role in the inquiry.

“The biggest challenge for the review will be credibility. Public Health England has given Trevor Phillips and his company, Webber Phillips, a prominent role. Yet a growing number of BAME groups and individuals are struggling to find the trust and confidence in him that is needed for this review to be taken seriously.”

Furthermore, they also cite an open letter from Influencher signed by “100 black British women” which states:

“Trevor Phillips is now probably more famously known by many BAME community groups as having a recent history of discarding the very real issues and consequences of structural racism in the UK.”

In addition to this, another letter said to represent “thousands” of BAME individuals states:

“We express our concern that Mr Trevor Phillips has been asked to provide expert support to the review … A suitable candidate who would be trusted by healthcare professionals from a BAME background must be sought.”

But it doesn’t stop there, the Muslim Council of Britain has also sought to offer their concerns too. Harun Khan, Secretary General of the MCB states:

“Appointing an individual who has boasted about being labelled an “Islamophobe” sends a clear signal to British Muslims that Public Health England is not taking this matter seriously.”

If ever one could see a coordinated campaign to control the narrative, police the recruitment of not only someone fully qualified for this role but also someone from a BAME background, then it would be this.

By seeking to remove Phillips from the review, these groups and individuals hope – someone else who they have confidence in – will uncover something that aligns with their own apparent preconceived position. This is not a case of “preaching to the choir”, this is a case of these groups seeking to write their own lyrics so that whatever is sung, is in tune to their ears.

Controlling the narrative that BAME people will forever be victims, not only does damage to social cohesion but also pushes the message that BAME people will always be at a disadvantage. This is neither true nor accurate. Whilst Covid-19 appears to have impacted those from a BAME background disproportionately, getting to grips with why, is exactly why someone like Phillips is needed for this review.

But isn’t it a strange turn of events, that so many BAME professionals – on the one hand – presumably complain of barriers facing them – yet on the other hand – do not see that they are themselves acting as a barrier to Phillips? The irony laid out before them is completely missed. I guess Phillips just isn’t the right kind of BAME person for them?

I suspect, in their defense, they would say it is not because he is black, it is because he says things that are not in accordance with our values and politics? If this is the case, then this is where the real problem lies and this will potentially do little justice to those from BAME communities seeking answers from this review. We cannot be held hostage to groups and individuals that seek to push a narrative that confirms their position, rather we need someone that will challenge that position and get to the root of the problem. Phillips is certainly someone qualified to do this.

Trevor Phillips may be seen as someone problematic, may say things that are unpalatable for some, but what is clear is this – he is someone that has fought against injustice all of his life and continues to do so and there is no one that can deny that. Just because a motley crew of individuals do not want him to be on this review, doesn’t mean he shouldn’t. Saying he isn’t the right person and doesn’t command confidence, doesn’t mean he is not able to do the job, nor does it mean they are correct. All it means is they have an opinion, which yes, should be listened to, but it is not a position that is protected. It must and should be challenged, just as they seek to do the same with Public Health England on appointing Phillips onto this review.

If this “victimhood mob’s” first concern is to remove someone that they do not agree with politically, someone that has an established and long career of fighting racism and injustice, then it is quite obvious their priorities are not for the victims, but rather themselves. This is exactly why Trevor Phillips should be on this review. Now is not the time to play politics with people’s lives, now is the time to find out what we can do to save them.

Wasiq Wasiq is an academic specializing in law and terrorism. 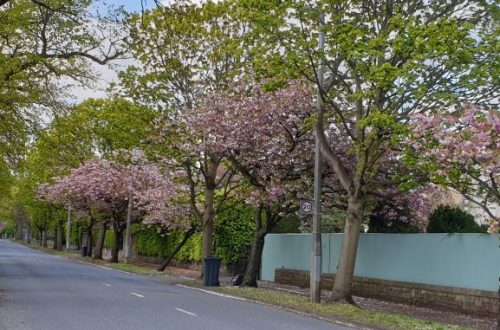 Strange days of taboo and ritual