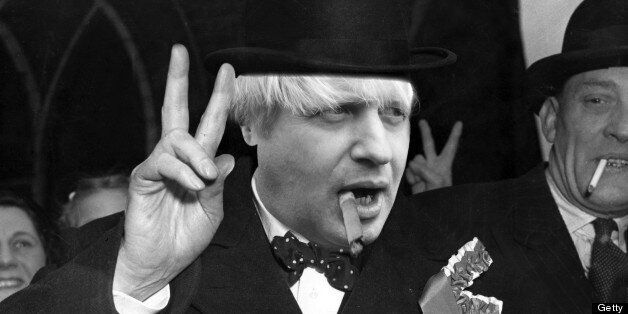 On the 10th November 1942 at the end of the Second Battle of El Alamein, and with Rommel’s Afrika Korps in retreat, Winston Churchill famously stated:

Remembering those words reminded me of the current status of Brexit and the increasingly desperate stance of Remainers.

Johnson’s almost endlessly repeated “Get Brexit Done” mantra, whilst cutting through with at least some of the electorate, is somewhat simplistic. Clearly, assuming a majority Conservative government, there will be more to resolve after the passage of the Withdrawal Agreement Bill but it’s first worth looking back at the past almost three and half years.

I was initially going to describe the actions of some Remainers – and they’re not homogeneous – since the Referendum as guerrilla warfare, but then I realised that it hadn’t, in any way, been covert. Legal actions, an unashamedly partisan Speaker facilitating unorthodox parliamentary procedures and an unbreakable addiction to hypocrisy and sophistry have pushed the constitution close to breaking point.

Loser Consent is an integral and essential part of our democratic system and it will be interesting to see how future historians treat this period, it seems unlikely they’ll use Churchill”s immortal “finest hour” to describe it!

Passing the Withdrawal Agreement Bill isn’t the end of Brexit but it does make the future direction of travel as near to certain as makes no difference.

Assuming, and the election is still ten days away, passage of the Bill, there will then be three options for Remainers:

(2) Become Rejoiners and I would not be surprised if this became a LibDem policy.

(3) Adopt a positive attitude and help the UK get the best possible deal with the EU, etc.

Some talk about a “no deal” cliff edge if a Free Trade Agreement with the EU isn’t sorted out by the end of 2020 but, personally, I’m not against a reasonable extension – again, it’s the direction of travel that matters. Farage will huff and puff but it’ll soon be forgotten as sport, royalty, or other scandals make the headlines.

Although it’s true that the EU sells more to us than we do to it, that’s not quite as strong a card as some might think as it’s split amongst the member states. There will, however, be strong voices urging Brussels to get a move on as the EU27 have many problems and priorities of their own that they want, and need, to address.

It would be sensible, and in everybody’s interest, to try and get agreement on a sector by sector basis, making progress in relatively straightforward areas can often help get into the right state of mind for more difficult areas.

After 12th December we’ll know whether we’re heading for the beginning of the end or if the stagnation continues.