The Campaign against Antisemitism has organised this rally in order to take a stand against antisemitism:

This rally is not political and no politicians will be speaking: it is about decency, which if nothing else is surely what this country stands for.

Inevitably, the event has been the subject of some debate and controversy.  Some concerns were raised about two of the proposed speakers, Richard Kemp and Satish Sharma. Stephen Hoffman explains why he raised this matter:

‘I spoke out because a rally against hate should never be a platform for it. I know as a consultant for Muslims Against Antisemitism we have many allies in the Muslim community, and I can’t turn a blind eye to bigotry against them.’

You can read Stephen’s thread in full here. 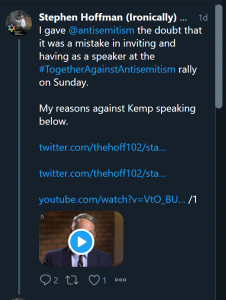 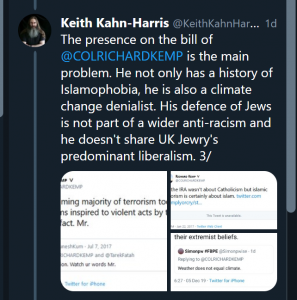 He no longer appears on the line up – which now includes Fiyaz Mughal and Tom Holland as well as Tracy Ann Oberman and Robert Rinder.

Oberman has disclosed a briefing note apparently shared by some Labour activists advising how they might best discredit the CAA rally.  (Here’s a link if the image is too small.) 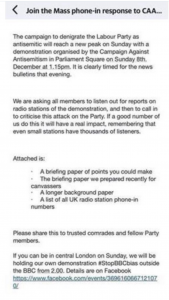 Predictably it opens with a clear attempt to dismiss concerns about antisemitism as a smear.  Maajid Nawaz will be covering the rally on his LBC show today (12-3) – it will be interesting to see what kind of response he gets from his listeners.

The Ethnic Minority Test: Why Women Like Munira Mirza Are Doomed To Fail