The above photo is of Professor Harold Kasimow, below is a short summary of what he and his family endured during World War II. Below that is the reason I just threw up in my mouth. 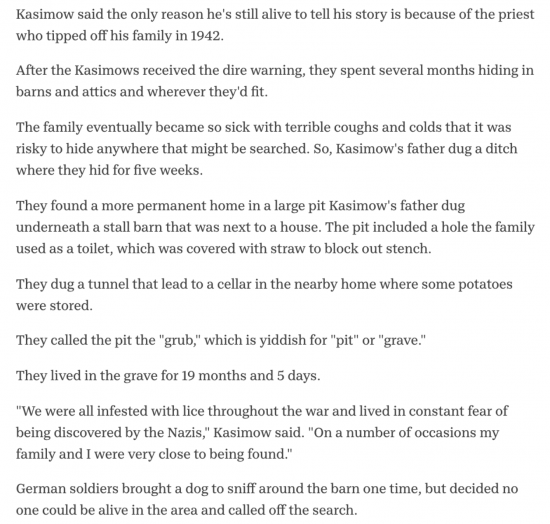 Anyone who doesn’t have the stomach to watch a Holocaust survivor being lectured on morality by a bunch of smug little shits shouldn’t read further.

Earlier this week, Holocaust survivor, Harold Kasimow spoke at Benedictine University. He described to us what it felt like to undergo horrific circumstances such as the Holocaust at a very young age. pic.twitter.com/njgmerzf8J

His beliefs aligned with ours; that the suffering of humans anywhere is, without a doubt, unacceptable and that action should be taken and voices should be heard because he knew that, “Jews are forbidden to give up on Judaism because that would give hitler victory.”

Palestinian children have suffered from the lack of basic human rights and are targeted because of their identity. However, to our surprise, Mr. Kasimow was in full support of the Israeli state that is built upon the genocide and ethnic cleansing of the Palestinian people.