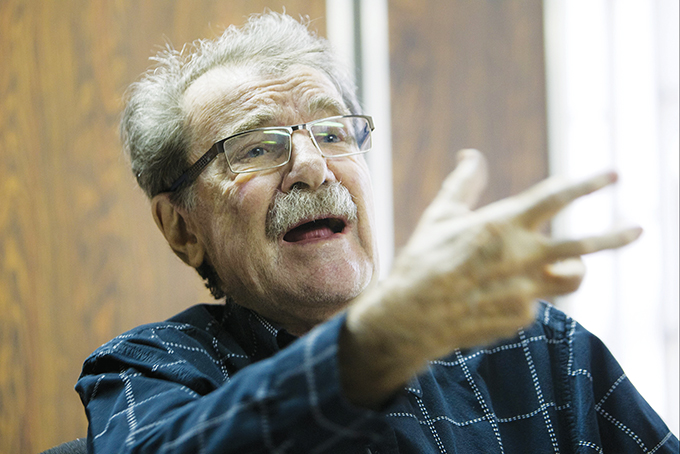 I just found out that Teodoro Petkoff, a former Communist guerilla in Venezuela turned democratic socialist and a brave opponent of the regimes of Hugo Chavez and Nicolas Maduro, died in October at the age of 86.

Petkoff, editor of the opposition newspaper Tal Cual, was kind enough to answer some questions from me back in 2005.

The same year he published a book contrasting the kind of democratic Left he believed in with what he considered the reactionary, caudillo-style Left embodied by Fidel Castro and Hugo Chavez.

In 2015 Petkoff was unable to travel to Madrid to receive an award from the Spanish newspaper El Pais; he had been barred from leaving the country due to of a series of libel and defamation suits the regime filed against him.

Petkoff was a living rebuke to those on the “anti-imperialist” Left who believed (and still believe) that the only alternative to Chavismo in Venezuela is a government of the reactionary Right.