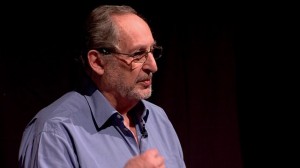 Benjamin Pogrund argues that revising the national anthem could be an important symbolic step towards achieving the integration of Israel’s Arab citizens in Israeli society.

Israel is a Jewish state because that is the will of the majority; this will not change. It also has an Arab community, one-fifth of the population. They need to be embraced as citizens to fully share the country’s benefits and burdens. That is both the moral imperative of a democracy and it is in everyone’s interest to foster a sense of nationhood.

One of the goals must be to have Arabs as a natural part of the army, and until that day is reached, at least doing national service. Arabs have full citizenship rights which start, crucially, with the vote, but they are also victims of discrimination: inherited neglect in land, housing, education and employment must be dealt with. Work is being done; such as the task force set up in May by the government to promote Arab employment (a parallel committee will do the same for Haredim). These efforts need to go faster and deeper.

What about the national anthem? Hatikvah (The Hope) is a powerful statement which binds together Jews in Israel and in the Diaspora. The words written by Naphtali Herz Imber were set to a Romanian melody in 1886 and soon became the official Zionist anthem. It is so strongly and emotionally Zionist that Arabs cannot relate to it. The issue was in the open when Supreme Court Justice Salim Joubran, an Arab, stood silently as the anthem was sung during a public ceremony in March 2012. Angry Jewish right-wingers wanted him dismissed, but Prime Minister Benjamin Netanyahu defended him, making it known that he understood Joubran could not sing the words such as ‘a Jewish soul yearns.’ The words could be adjusted, just as the new South Africa did in 1994 in blending the African National Congress’s Nkosi Sikele iAfrika (God Bless Africa) with apartheid’s Die Stem (The Call) in Afrikaans and English. READ MORE IN FATHOM.