New legislation allowing requests to be ‘forgotten’ by Google has many troubling implications:

This morning, BBC journalist Robert Peston received a “notice of removal” from Google, informing him that an article that he had published in 2007 about former Merrill Lynch boss Stan O’Neal would no longer be shown in European Google search results

As Peston pointed out in a follow-up article earlier today, this effectively means that no one will see the blog post from now on. “To all intents and purposes the article has been removed from the public record, given that Google is the route to information and stories for most people,” he wrote.

He questions whether the content of the article was inadequate, irrelevant or no longer relevant, and therefore whether Google was justified in removing it. He adds that the action will consolidate fears present among many that the new rule is detrimental to freedom of expression.

Peston is now trying to appeal this decision.

Roberto Cavalli is defending its right to use a symbol which is viewed as offensive by Sufi Muslims in its marketing campaign for a new perfume.

It’s similar to a sign Sufis use to refer to Allah and representatives of the community have said it is ‘heartbreaking’ to see it used to make money.

There are an estimated 500,000 adherents of Sufism worldwide and they are demanding the symbol, which they have previously had trademarked, be removed from the adverts.

The company has firmly resisted calls to remove the logo. However a few years ago it did withdraw an underwear range featuring Hindu gods:

“Hinduism is a very tolerant religion, but this crosses a line. The deities are deemed holy and worshipped by millions of Hindus all across the globe. These are not just any garments but underwear to be worn by women flaunting their half disrobed bodies.” … “The decision has been taken to remove the items from sale and they will no longer be available,” said a spokesman for the Knightsbridge store. “We apologise to those customers who have been offended or stressed by the situation.”

Of course in this earlier case, whatever one thinks of the ‘offence’ caused, there is no room for arguing, as there is with the logo, that Roberto Cavalli was unaware of the designs’ religious significance.

There’s an important distinction (shown in the recent case of Uthman Badar) between the right to freedom of expression and the right to a platform which might be said to confer legitimacy on extreme or dangerous views. This is highlighted in a campaign to encourage stores to stop stocking the magazine What Doctors Don’t Tell You.  Their indignant response to some recent apparent success by the sceptic lobby is pretty unedifying ad hominem stuff. 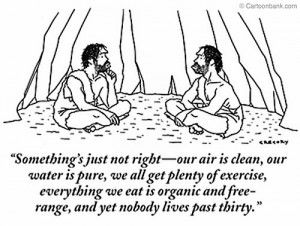 To find out more about What Doctors Don’t Tell You don’t tell you, check out Andy Lewis’s posts at the Quackometer.

Spiked is sometimes trollishly contrarian, sometimes worse, but it does take a keen interest in freedom of speech issues.  Here’s a post by Dan Hitchens on the apparent no-platforming of pro-life voices on campus:

If you want some first-hand experience of the contemporary free-speech debate, I recommend joining a student pro-life society. Last month, Oxford Students for Life, of which I am president, discovered the following clause was being put forward at the Oxford University students’ union: ‘Never to [provide a] platform [to] any group or organisation which provides directional advice around abortion or explicitly stands against women’s right to choose.’

Hitchens also links to a post which describes how, at Cardiff University SU, a motion proposing ‘an outright ban on student-affiliated societies from taking part in ‘anti-choice protests or rallies’ only failed on a technicality.

Finally – the latest edition of The Moral Maze is devoted to freedom of expression, and takes concerns over the publication of Mein Kampf in Germany as its starting point.