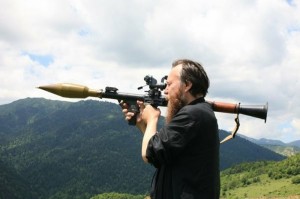 I first came across the name Alexander Dugin several years ago. I dismissed him as a fringe character and a total crank. In contemporary Russia the fringe has become mainstream.

He started his political life as co-creator of the National Bolshevik Party, a party whose inclinations can be surmised from their use of a Nazi flag with the swastika replaced by a hammer and sickle. During this time he called for a “pure, radically revolutionary, and consistently fascist fascism” and “the blinding dawn of a new Russian Revolution, fascism — borderless as our lands, and red as our blood.”

After unsuccessfully running in the Duma elections, Dugin decided he wanted far more influence than this marginal party could provide. He has been surprisingly successful in this goal. So successful in fact that a recent article in Foreign Affairs refers to him as Putin’s Brain. I talked to John Morgan, editor-in-chief at Arktos, a publisher of mystical esoteric and quasi-fascist literature responsible for releasing English translations of Dugin’s political tracts. He said that Dugin “sometimes adjusts his message depending on whom he is addressing, or to serve his needs for the moment, so in that sense I see him as more of an ideologue than as a philosopher seeking objective truth.” His views, however, have remained extreme.

He has called for as broad a coalition as possible – religious fanatics, nationalists, the far left – to come together in opposition to a common enemy: Western ‘liberal hegemony’ and the United States of America. A self-proclaimed conservative revolutionary, he is militantly opposed to modernity, liberalism, individualism, democracy and human rights. He has called for Russia to ally with, among others, Iran and Venezuela. He has said of North Korea, “his missile is our missile. If it takes flight then we will cheer it on, and will help it take off, and will even equip it with other methods of mass destruction.” He has formed relations with Hungary’s Jobbik party and shared platforms with figures from the French right such as Alain de Benoist, Christian Bouchet and Alain Soral. He has forged links with Greece’s Neo-fascist Golden Dawn while also expressing support for the far-left populist Syriza party.

Since leaving the National Bolshevik Party he has become both a professor at the prestigious Moscow State University and a fixture on Kremlin-controlled television channels. His ties include Sergei Glazyev, founder of the Rodina (Motherland) party, now a high level adviser to Putin with responsibility for relations with Ukraine and Dmitry Kiselyov, a popular TV journalist who infamously stated that “Russia is the only country in the world ready to turn the U.S. into radioactive ash”.

According to John Morgan: “He once mentioned to me that these people don’t have much time for the more traditionalist and philosophical elements of his thought, but that they are interested in his Eurasianist geopolitical ideas.” His mystical pseudo-philosophy has been ignored while his expansionist power-hunger is eagerly embraced. The attraction is easy to understand. Putin feels that the collapse of the Soviet Union was a greater catastrophe than the First or Second World War and like many Russians wants the country to reclaim its place as a great power. Dugin’s movement has adopted the symbol of golden arrows protruding in all directions – the perfect visualization of the expansionist ideology it promotes. 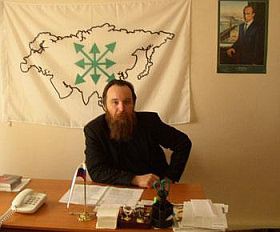 Dugin told Der Spiegel in 2008 that “Russia is no longer weak and at the West’s mercy; it’s on its way to recreating itself as an imperial power.” The depth of his influence is difficult to gauge. John Morgan concludes that “It may simply be that his Eurasian vision happens to coincide with the needs of the Kremlin at present, and thus the convergence is coincidental. In any event, it can’t be denied that most of what Prof. Dugin has said about Russian policy in recent years, whether we are talking about Georgia, Syria or Ukraine, has usually ended up becoming the Kremlin’s actual policy on those matters before long”. That, in itself, regardless of what his influence actually is, is worrying. Dugin recently told Vice magazine “We will have a new Cold War, But maybe not so cold – maybe hot this time.” One of his books is ominously titled The Great War of Continents.

Just prior to Russia’s war with Georgia in 2008, Dugin’s youth movement the Eurasian Youth Union set up paramilitary camps in the disputed region of South Ossetia.  While at the camp Dugin told his disciples “Our troops will occupy the Georgian capital Tbilisi, the entire country, and perhaps even Ukraine and the Crimean Peninsula.” Today the influence of his political group and its ideology can undoubtedly be felt in the Ukraine. A member of the Youth Union, Oleg Bahtiyarov, was arrested in March for training 200 people to seize government buildings in Ukraine. A recent YouTube video shows Dugin personally advising the wife of the arrested separatist leader Pavel Gubareva and assuring her of Moscow’s full support. He has called on ethnic Russians living in Ukraine to “act radically”. Yegor Kvasnyuk, a leader of pro-Russian protests in Ukraine, told a reporter from Foreign Policy magazine that Dugin is responsible for the resurrection of the archaic term Novorossiya (New Russia) to refer to the Eastern Ukraine- “as early as last September, during a meeting in Russia, Dugin told us that Novorossiya, a sovereign republic, should have devoted, honest Russians to lead it to revive our Russian roots.” 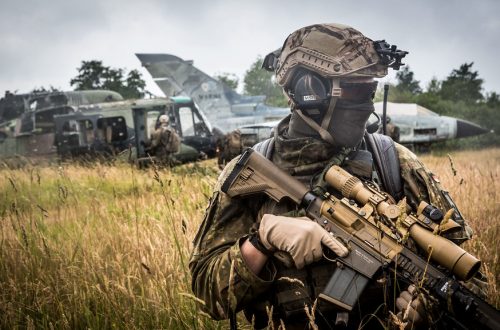