Here are two perspectives on Egypt. First, a short piece from homo economicus, linking to a longer post in the Commentator which is also well worth reading.

Video: Egypt in a few minutes

Complements my article on Egypt, which has been published in the Tea room of The Commentator which you can read here.

The original post of that article on the blog was here. 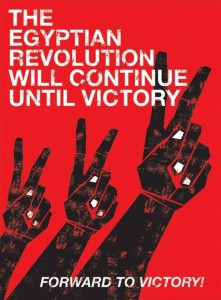 I’m quite enjoying watching the Egyptian army turn its guns on the Muslim Brotherhood right now, in fact I’ve been enjoying the spectacle of watching Egypt’s dictator of the past year get booted out of his office by his own people since the new uprising began.

I’ve heard a lot about how undemocratic Morsi’s fall from power was, I’ve heard a lot of talk about how the lesson Egyptians need to learn is that when you elect someone you don’t like you must patiently wait for the next election and elect a new ruler. Assuming of course that there is another election.

Of course all of this is complete crap. I seem to remember that the last time a British monarch declared himself to be the absolute ruler of England and attempted to disregard Parliament it led to a rather long war ending in that particularly misguided monarch losing his head. By the standards of the road to European democracy the Egyptians have been moving along in a positively civilized fashion.

The truth is that when Mubarak fell the Brotherhood were certain that finally their time had come. They miscalculated. What is now quite clear is that the Egyptian people had absolutely no intention of trading one dictatorial system of government for another, no matter how many TV debates their presidential candidates gave them or feaux elections were held.

What we’re seeing in Egypt is the birth of real democracy, the people are taking the power into their own hands, they are FORCING their elite to fear them, to pay attention to their needs and to govern with a genuine interest in the well being of the people who put them in power. It was not, as has been claimed, a coup by the military but the military respecting the power of the grassroots who came out in their millions to protect the gains made in the original battles in Tahrir Square and across Egypt a year ago.

Labeling this a coup does a great injustice to the sacrifices made in the name of democracy by the Egyptian people who forced the army to intervene on their behalf by their sheer numbers and steadfastness in the face of the pressure of the Muslim Brotherhood. Perhaps we are too used to the spectacle of a military turning its guns on its own people ala Syria, the inevitable result of the military sticking by their “democratically elected” leader. I think we can all be glad that this has not happened!

Those who cry foul with regards to the supposedly undemocratic way in which this dictator was ousted managed to ignore the fact that many of the world’s worst dictators were propelled into power through democratic elections and even more have done so off the back of popular movements.

The innate flaw of democracy is its inability to protect itself from those using the democratic system in order to destroy it. The most passionate advocates of democracy will always find themselves ideologically committed to allowing a dictator to take office if it is the will of the people, ironically making themselves a pawn in the wider game of dismantling the very system of freedom they so treasure. And so we witness now the champions of democracy stepping forward to condemn the way that this undemocratic tyrant was thrown from office and ignoring the extent to which he was trampling on the very freedoms he was elected to protect.

I don’t know what direction Egypt is going to go in now. I can’t say for sure that suddenly democracy will reign in Egypt, in fact I am almost certain that it won’t, especially when I read articles pointing to the renewed popularity of Nasser and his Pan Arabism. Ironically the man responsible for instituting the very system that the people took to the streets to remove under Mubarrak in the first place!

What I do know is that the mere trappings of democracy aren’t enough for actual freedom to reign.

For too long the West has simply accepted an election without probing into whether the people who voted in it are truly free. Democracy isn’t about free and fair elections so much as institutions guaranteeing freedom. Free press, an independent judiciary, universal education that is used to educate rather than indoctrinate, freedom from arbitrary arrest and a whole load of other rights that I have spent my life taking for granted. It is these things that determine whether or not a country is truly democratic not a made for TV debate between wannabe dictators and certainly not an instant election.

Egypt doesn’t have these institutions yet but they have started on their way and instead of attacking the manner in which their dictator was deposed and his Islamist ideology defeated we should be celebrating the ongoing insistence by the Egyptian people that they should enjoy the same freedoms that we do.

Update: Sorry Marc and John, but I think first prize goes to this young man (via Hussein Ibish).