Less elevated readers of Harry’s Place may have heard of the television programme Big Brother. It’s been hard to ignore for the last decade. The idea is that a dozen or so people all live together in a big house and slowly drive each other insane on camera until only one of them is left. That person scoops a cash prize.

I am disappointed to report that we won’t have the pleasure of watching Laurie ‘voice of a generation’ Penny on the new series of Celebrity Big Brother due to start soon.

It took me a whole twelve hours to decide…partly because – coming clean for a moment – I’ve always loved that mad bloody show, and I’ve wondered for at least ten years what it would be like to be on it.

Sadly her inner prig said no:

There is a banality at play in the British press – and I mean the entire glorious sweep of it, from the Observer Review to Big Brother – that makes me more uncomfortable the more of it I discover. It’s a banality that’s inimical to the sort of reasoned, sensible debate we desperately need in these nervous times. It’s not about celebrity culture, and it’s not about 24-hour news cycles, though it has something to do with both, and it infects everything. It’s about speed of turnover, a dull hunger for comment, the privileging of celebrity above content when it comes to argument, a culture that would rather watch people unravel than listen to their ideas, a culture that would rather bitch and carp spitefully amongst itself than actually try to change the world.

I would have paid good money to see her trapped in a dorm with Melanie Phillips. 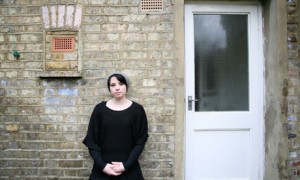