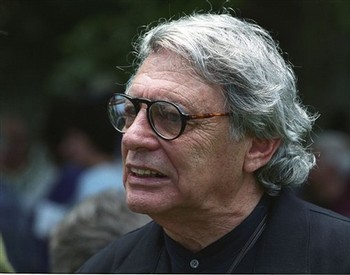 From the annals of news unlikely to be reported on anti-Zionist “leftwing” websites, The Washington Post reports:

Arthur Goldreich, 82, who helped the anti-apartheid leader Nelson Mandela hide on a farm by posing as his employer, died May 24 in Tel Aviv. No cause of death was reported.

In his autobiography, Mandela describes the South African-born Mr. Goldreich as having fought in the 1940s with the military wing of the Jewish National Movement in Palestine. Mandela says Mr. Goldreich provided some guerrilla expertise to the then-nascent armed wing of the African National Congress.

Mr. Goldreich and his family pretended to be the owners of a farm on the outskirts of Johannesburg that was the ANC’s underground headquarters in the 1960s.

“A flamboyant person, he gave the farm a buoyant atmosphere,” Mandela wrote of Mr. Goldreich.

Mandela hid for a time at the farm. Neighbors have spoken of seeing Mandela, whom they knew as David Motsamayi, in blue workers’ overalls selling produce on the street outside the farm.

A raid on the farm in 1963 led to the Rivonia Trial, and decades in prison for Mandela.

Mr. Goldreich was among those arrested. He and three others escaped from a downtown Johannesburg police station. Mr. Goldreich made it out of South Africa disguised as a priest, and eventually settled in Israel.

Mr. Goldreich visited South Africa after apartheid ended in 1994 for a reunion at the farm, which now is a museum.

Mr. Goldreich was an artist and designer as well as an activist. He created the sets for “King Kong,” a celebrated South African musical tracing the tragic story of a real-life boxer.