When last we heard from Republican Congressman Joe Barton of Texas, he was apologizing to BP for the Obama administration’s “shakedown” of the company to create a $20 billion escrow fund to pay claims from the Gulf oil-leak disaster.

Now Barton– the ranking Republican on the House Energy and Commerce Committee and possibly the next chairman– has delivered an address to the Heritage Foundation in which he defended the “traditional, incandescent light bulb” against government regulators who want to replace it with “the little, squiggly, pig-tailed ones.” 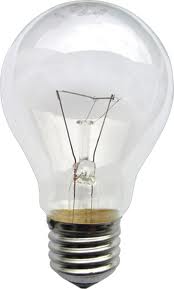 So what is Barton’s implication here? That incandescent light bulbs are more manly and rugged than the fluorescent model– and no matter what those wimpy liberal environmentalists say, the fact that they burn out quicker and result in higher electric bills is an old-fashioned value worth preserving?