This is a cross-post from HOPE not hate 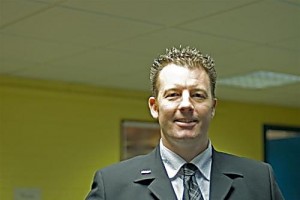 A glossy anti-Labour pamphlet distributed in Barking was produced by a BNP front company not by “a loose coalition of non-BNP people” as Nick Griffin, the BNP leader, claims. 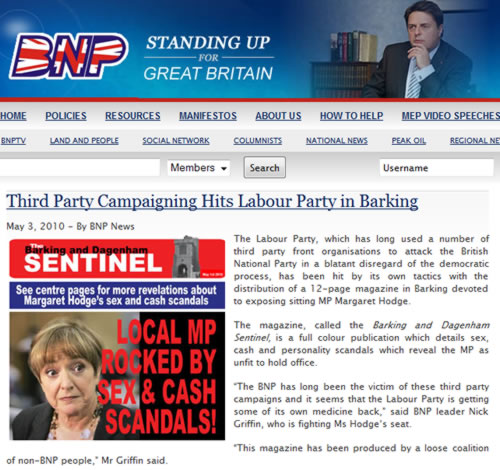 The 12-page Barking and Dagenham Sentinel is devoted to personal attacks on Margaret Hodge and Jon Cruddas, who are defending their parliamentary seats in Barking and in Dagenham and Rainham respectively. Griffin is opposing Hodge but has little chance of winning. The bigger prize for his party would be control of Barking and Dagenham council and the BNP has shown repeatedly that it will lie and cheat with impunity to achieve success.

The publication bears the imprint of Sentinel Publications Ltd. A Searchlight investigation has revealed that the company was formed on 1 April 2010 by Adam Walker, its sole officer, using a service address in Edinburgh.

Walker is one of the notorious Walker brothers, BNP officers in the North East. A former teacher, Adam Walker was suspended in 2007 following the discovery that he had used school computers to engage in far-right activity online. He is awaiting a hearing of his appeal by the General Teaching Council.

He has past form in the use of front organisations as president of Solidarity, the BNP’s pretend trade union. His brother Mark, who recently lost his case for unfair dismissal as a teacher, is also on Solidarity’s executive committee.

Since last June both Walkers have been among several BNP officers on the staff of the party’s two MEPs, paid out of European Union funds while acting as BNP activists rather than carrying out the constituency duties on which MEPs’ expenses are supposed to be spent. Both are also contesting tomorrow’s general election.

If Sentinel Publications Ltd continues to maintain it is independent of the BNP, it will be in breach of the Representation of the People Act, which imposes a limit of £500 on campaigning by third parties against a candidate in the general election.