We last encountered Leon Kuhn, cartoonist (or whatever you call him) for the SWP’s newspaper, when one of his works appeared on a poster in an anti-Israel demonstration during the 2006 war against Hezbollah. 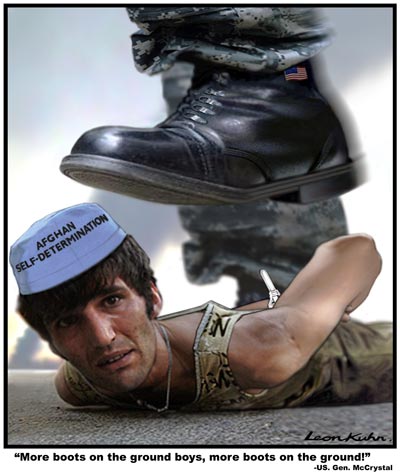 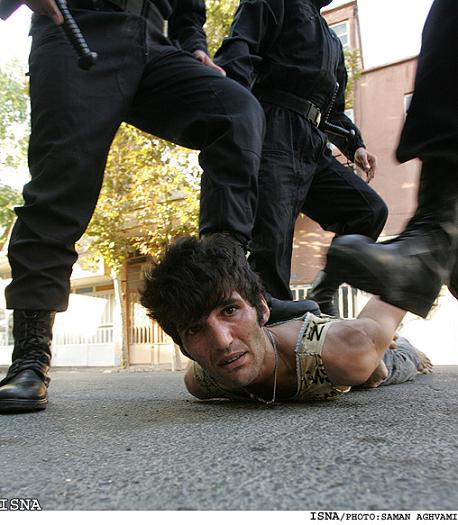 The photo was taken in the Iranian city of Karaj, where police were arresting young people as part of a nationwide “plan to eradicate corruption”.

Dissidents charge that Tehran’s clerical rulers are fiercely cracking down on youths disenchanted with the government’s repressive policies rather than on “trouble-makers”.

That’s right. Kuhn used a photo of real government repression in Iran to create an image of imagined US repression in Afghanistan.