The Palestinian Return Centre (PRC) will host a conference on the 16th of December 2009 to commemorate the 60th anniversary of the United Nations Relief and Works Agency UNRWA.

If that list is correct, then this is an important development. 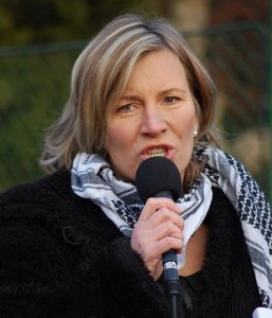 Kristina Morvai is a prominent European fascist from the neo Nazi Jobbik party. You can read about her antics here and here. 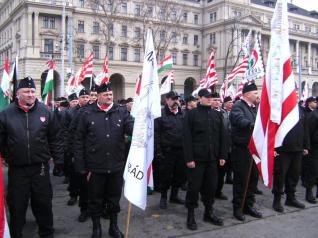 As we previously reported:

Magyar Garda and Jobbik are notable for their vicious anti-Roma position (Hungarian police recently banned an anti-Roma rally they had planned) and their somewhat more modulated antisemitism. BNP leader Nick Griffin addressed one of their rallies in Budapest.

So, the convergence between the extremes is now almost complete.

We have covered the Palestinian Return Centre before. It is a front for Hamas and employs Daud Abdullah.